Both equities and bonds fully priced so pay attention 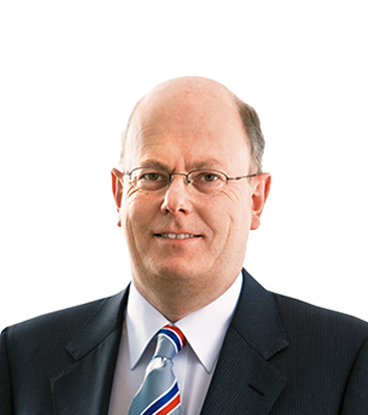 Meeting investors, both debt and equity, on our recent roadshows through Europe and North America, there was a clear concern valuations had moved ahead of earnings. That of course leaves valuations vulnerable to unexpected events and what is particularly significant at this point in time is both positive and negative surprises could be a shock to the system.

A positive surprise might be faster than expected growth in the US which would both drive investment flows and hasten action by the Federal Reserve – which would mean a rise in interest rates.

A negative surprise – at least from the perspective of the Northern Hemisphere – would be a China shock or possibly the re-emergence of European debt issues.

Our next roadshow, on which I’m about to head off, is to China and north Asia and so it will be interesting to see the investor perspective there. It’s fair to say, from our ongoing communication with investors, that the view of China in this region is more nuanced.

The China story of course is one of many chapters and perspectives and so events are not as straightforward as they can seem from afar.

Nevertheless, when major investors in the north believe markets might be up to 10 per cent over-valued, we have to be alert to potential volatility. And there’s also the issue, given both bond and equity markets have rallied, of which market is more accurately foretelling the future.

Clearly the bond market’s rally this year has been based around interest rates staying lower for longer and government bond purchases relatively high, both of which are less likely in a stronger US recovery. Investors also admit bonds are as much a weight of money story as a “risk on” story as new inflows have to be “put to work”.

Credit issues, which also can hit bond values, are also out of the picture and that in itself reflects the low credit demand and cautious lending environment of recent years.

But the interesting thing here is any near term jolt to markets is less likely to be due to a credit event, to the real economy, and more likely to be a liquidity event. The concern is credit events are much slower to emerge, crystallizing over one to two years. If the jolt we get is due to liquidity, markets will shift very quickly, in a matter of months, as the herd stampedes.

The feeling we took from our meetings is there is an expectation of some kind of correction in the next 12 months but it is hard to see any signals yet – volatility is very low.

If the next cycle is a liquidity one – that is investors attempt to shift from one asset class to another as the view of future risk changes  – then we potentially face some quite dramatic gapping in the market.

So if the view is an increase in risk, the danger is a rapid shift to cash or short term securities, hitting equity markets as valuations look more and more extreme. If on the other hand it’s faster US growth, then you will see offshore assets liquidated to fund investment in Greenback assets and people running from the bond market. And the interest rate curve will flex, becoming steeper – which in turn introduces some volatility in equities.

Today’s environment, with everyone chasing yield and interest rates and volatility almost unnaturally low, is something everyone – investors, commercial banks, central banks – needs to be aware of. The trigger for a correction could be bad news or good news.

Markets almost seem to think they can’t be paralysed, they must invest. They’re chasing yields, they don’t want to be on the side. So markets are saying they don’t see an imminent correction as likely. That’s why you worry about a herd mentality because if the whole herd turns at once….

When we look at likely scenarios, from the region we are in, we tend to view the “China muddles through” outcome as the most likely but it’s fair to generalise the northern hemisphere is more pessimistic about China.

Today, the northern hemisphere markets are still setting the tone so inevitably there will be a backwash in our region from whatever they do. For Australia, it’s curious all roads tend to suggest a weaker currency. A China shock would hit the dollar but faster US growth would probably also mean the $A would fall as investors switched to $US. That would be amplified by any narrowing of interest rate differentials between Australia and the US.

That’s despite the tone of questions we heard on tour which were still positive about Australia. The major concerns about Australia – still – are the state of the housing market, China, the switch in the economy from mining to non-mining investment.

Stepping back a bit, I think one of the issues is how we move from economies still supported by central bank money to growth coming from real economy investment. We know policy makers are worried the liquidity they are providing has fed into financial markets and boosted valuations more than it has driven new investment into the real economy. And again that increases the risk of a “liquidity” sentiment shift.

The view from Asia will be interesting to see but a key insight from Europe and the US is the calm feels a little unnatural. And so it is a surprise the various volatility indices are all so low.