Five lessons in innovation from GAYTMs 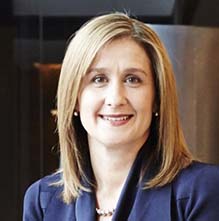 To celebrate its sponsorship of Sydney’s Gay and Lesbian Mardi Gras in February this year, ANZ commissioned artists to transform 10 ATMs into fabulous GAYTMs.

The move was an outstanding success for ANZ on many levels, exceeding all expectations. But it was also a graphic – and colourful – demonstration of how the world of social media is upending convention.

GAYTMs were a significant point of distinction for ANZ as a brand but also a huge step forward in terms of utilising social media at the very core of a marketing campaign. Moreover, from a societal perspective, it delivered a very important message about diversity, inclusion and respect; crucial elements of modern business success.

Aside from the 10 fabulous artworks themselves, it was the first time social channels were exclusively used to engage ANZ’s audiences for a full-scale campaign investment. To say it went viral would be an understatement.

The campaign created 62 million media impressions across 70 countries, with 90 per cent positive social sentiment. Five, or even two years ago, this sort of global reach and engagement with the public would have been difficult to imagine, especially for a bank.

It delivered ANZ the highest engagement rate of all Australian banks across Facebook, Twitter and Instagram. We attracted thousands and thousands of new customers in New South Wales. Staff feedback was outstanding, and in June, the campaign was awarded a Grand Prix in Outdoor at the 2014 Cannes Lions.

“In my country being gay is illegal, but I want to send a message to the world that big corporations can actually change people’s views through advertising.”

The key ingredients of the GAYTM campaign were a brilliant idea, an uncompromised investment in quality and the courage, belief and passion to see it through, despite the – for a bank – revolutionary concept.

The brilliantly simple, creative idea came from a brief we put to our agency partner, Whybin\TBWA, to show our support of “diversity, inclusion and respect”.

ANZ has sponsored the Mardi Gras since 2007 but just this year we elevated our sponsorship to Principal Partner to demonstrate our commitment to the festival and diversity as a whole. With a brand promise to ‘live in your world’, what better way is there to demonstrate this than by having our ATMs coming out and being proud?

Once armed with the idea, we knew the GAYTMs themselves had to be dazzling to get the social traction we were aspiring for. This is all very well as an idea but I for one had never committed this amount of marketing spend to ten pieces of artwork before!

Our team had the courage to be controversial, the confidence to break media conventions and the passion to make it happen in a short period of time. So how did we manage to pull it off?

We learned five crucial lessons from the GAYTM campaign.

Corporate responsibility programs are usually run quite separately from mainstream marketing initiatives and usually have the corresponding budgets to match.

For GAYTMs, we saw an opportunity to bring two separate business objectives together to make it happen.

We have an ongoing objective to engage the Sydney market and give more people an opportunity to experience the ANZ brand, often for the first time.  And we were a long-time supporter of the Mardi Gras as part of our corporate social responsibility program.

Put the two together and we had the investment case to bring GAYTMs to life.

Get support from the top

There were plenty of risks with this campaign – strategic, operational and financial. The power of shoring up support for the GAYTM idea from right at the top of the organisation helped smooth our course through the rest of the organisation.

Importantly, a great supporter of our work was ANZ Chief Risk Officer, Nigel Williams. He understood what we were trying to do with the brand and was willing to put his weight behind it.

Be relentless on executional excellence

We assembled a cross-functional swat team to bring the GAYTMs to market and we faced a new hurdle almost daily.

We needed to open up a new social channel for ANZ (Instagram), we had to move to seven-days-a-week social marketing at very short notice and, critically, we had to work out how to encrust our ATMs with literally millions of rhinestones but keep them functional.

We wanted them to spit out rainbow-coloured receipts, we wanted to donate the ATM operator fees for non-ANZ cardholders from our GAYTMs to non-profit organisation Twenty10 for the duration of the campaign…  the list goes on.

And this is where the power of passion comes in. We knew the success of the idea would lie in the quality and consistency of every element and by assembling a small team with the right skills, passion and support, they conquered every challenge and delivered the world’s best outdoor campaign this year.

The public response to the GAYTM campaign was massive and largely positive, but also some negative. However, even the negative sentiment worked for ANZ in that it provided the opportunity for us to simply confirm our commitment to diversity, inclusion and respect. The public and the fans did the rest – that’s the beauty of social media.

When putting together something as innovative as the GAYTM campaign, it’s important to look for the things that are absolutely true to your brand’s DNA and walk the talk. Respect is a central corporate value of ANZs, we promise to live in your world in our brand expression and we have been supporting Sydney’s Mardi Gras for many, many years.

Through this we had an authentic voice and had earned the right to participate.

GAYTMs provided an ideal canvas to communicate our ongoing support for the Sydney Gay and Lesbian Mardi Gras and more broadly our commitment to diversity, inclusion and respect.

As Mumbrella’s Darren Spiller, the Australian representative on the Cannes Lions Jury, said of the campaign:

“The [GAYTM] campaign had united the jury with its message, and the fact the brand lived and breathed the execution of it was the difference.”

This story is an excerpt of a presentation given by Carolyn Bendall, head of marketing, ANZ Australia, to the 2014 CMO Summit.

Employers investing in mental health can get more out of employees

Almost 45 per cent of Australians between the ages of 16 and 85 experience a mental health condition at some point in their lifetime. That's almost half the population.
Business Finance

Access to finance can be a major barrier to expansion for many small and medium-sized businesses but when those businesses are run and owned by women that barrier is even higher.
Sustainability

Despite the intense focus on productivity and developing a smarter workforce, many companies in Australia are actively undermining their efforts to attract the best skills.