On a return flight from Singapore recently, where I had been interviewing candidates for ANZ’s Generalist Bankers Program(a Management Trainee project designed to build an internal pipeline of future Country CEOs), I reflected on the fact 70 per cent of the 700 applicants for the 2015 intake and eight out of the 10 candidates who we had decided to progress to the final stage of the selection process, speak an Asian language in addition to English.

"Studying a language… provides a window into another culture and a different way of thinking."
Yong Zhao, Professor from Oregon University

Proficiency in an Asian language is not a pre-requisite to join the program but since its inception in 2010 more than three quarters of the participants in the Generalist Bankers Program are bi or multi-lingual and the majority speak an Asian language, most notably Mandarin.

So how important is it for tomorrow’s Australian business leaders to have Asian language skills? And, if it is important, how prepared is our education system to build these skills?

If my own employer, ANZ, is anything to go by then Asian language skills will be very important. As we continue to grow our footprint across the Asia Pacific region and derive proportionately more and more of our earnings from outside traditional core markets of Australia and New Zealand, an understanding of the culture and ways of doing business in our major trading partners is critical. Speaking the local language is a powerful window into the culture of the country.

Jeen, one of our generalist bankers, was born in Australia to Malaysian parents. At the age of 2 her parents moved back to Kuala Lumpur and she attended a local Chinese school in Malaysia until she was 15 at which point she applied to study overseas. She opted for Switzerland as it would involve learning a new language and Jeen wanted to challenge herself. 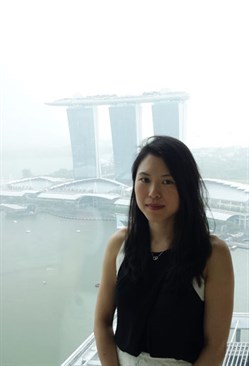 “Learning Spanish and French, neither being languages I could speak was probably my biggest challenge” I recall her telling me at interview. After 12 months in Switzerland she spoke relatively fluent French and some basic Spanish. Not content with the idea of settling back in Malaysia she then applied to do her final year of school in Australia attending a boarding school in Melbourne followed by University in Melbourne and a position on our Graduate Program.

Today Jeen (seven years into her career with ANZ) is a Credit Manager based in Singapore and travelling regularly to China to work on deals with some of our largest natural resources clients. Her French and Spanish are not getting much of a workout but boy is her Mandarin useful.

Addressing the Asia Education Foundation Conference in Melbourne last August, Professor Yong Zhao from Oregon University said expecting all students to become fluent in another language by Year 12 was not realistic. But it wasn’t the only reason for learning a language.

Professor Zhao argues talented students with an interest in languages might continue their studies to become fluent but the primary benefit of studying a language is it provides a window into another culture and a different way of thinking.

"First and foremost, the goal is using language as a way of understanding another culture and how to deal with people who are different... how to have 'cultural intelligence'," he said in an interview with The Australian.

As a Caucasian who speaks no languages other than English, my first visits to countries like China, Vietnam and Cambodia where English is not widely spoken and certainly not by the everyday person (particularly taxi drivers) were quite daunting. What I soon realised though was that whilst language is definitely a window to a country's culture, it is not the only way to "get inside".

My strategy, without the benefit of language, was to get my hands on books and articles which I consumed, often on the plane, enroute to the country in question. I also found that not understanding the language heightened other senses in me. For example I started to pay more attention to tone and body language, which can often tell you as much about a situation as the words a person uses.

Above all though I think the trait that has helped me most to become at least partially sensitive to and educated in the cultural norms of some of the countries that I have been fortunate enough to visit as a result of ANZ's expansion into Asia, is curiosity.

I am a passionate believer that not just ANZ's but Australia's future lies with Asia and the more curious we are in Australia to understand the rich tapestry of cultures to our geographic North, the better our chances of prosperity over the next century.

In a speech to the Asia Society, Sir James Wolfensohn, former President of the World Bank and eminent Australian, urged Australians to jettison their traditional orientation toward Europe, the US and the UK in favor of a sustained engagement with Asia.

Wolfensohn focused on the enormous transfer of wealth from the West to the East, driven mainly by monumental economic growth in China and India in addition to already existing strong economies of Japan and South Korea and the potential growth of countries like Indonesia and Vietnam, a theme reinforced by ANZ insight 5 “Caged Tiger”.

Wolfensohn put great emphasis on education, on the need for Australians to learn more about Asian history, cultures and policies. He implied Australia needs a fundamental updating of its natural psyche, a turn towards Asia.

If as Sir James and Professor Zhao argue, and ANZ clearly believes, understanding Asia is critical to Australia’s future, then how well are our educational institutions doing in preparing young Australians for the task?

At a tertiary level the Government’s New Columbo Plan, a signature initiative that aims to lift knowledge of the Asia Pacific region in Australia and strengthen people-to-people and institutional relationships, is doing its part. Under this initiative Australian university students can undertake up to two semesters of study in one of the four pilot locations (Hong Kong, Indonesia, Japan and Singapore) along with an internship and language study. Recently this list was extended to include China with UNSW in Australia signing a major student mobility agreement with China’s prestigious Shanghai Jiao Tong University.

The UNSW agreement provides reciprocal exchange places for a combined total of 40 students every year from each institution over a period of five years. It’s a very welcome initiative.

If the tertiary sector, through the New Columbo Plan, is alive to the need to educate young Australians about Asia how then is the secondary school system addressing this challenge? From my own experience as a parent of two children under 13 and observing that of our friends who have children across a number of different Melbourne schools (private and public sector), the answer would seem to be mixed.

For our own part, both our kids have been learning Mandarin since Prep. Granted this has been more about a cultural education than really learning the language but it has sparked their interest and they may pick it up more seriously in the future (at least I’m encouraging them to).

Contrast this with one of my friends whose children have been learning Greek at their local primary school (located in an area that historically had a large Greek population). The school council has recently decided to switch to Mandarin, which has caused a bit of controversy. But the school community is strong in its resolve that Mandarin is the future. Now their challenge is to find a great teacher!

And herein lies one of the big challenges: the education system has to now keep pace with the growing demand in schools for Asian languages. I spoke at a Modern Language Teachers’ Association of Victoria event in 2012 about the importance of foreign language capability to ANZ. At the beginning of my speech I asked the room of around 50 secondary school language teachers in the audience how many of them taught an Asian language and one person raised her hand. This is just one data point but if it is indicative then the supply of qualified Asian language teachers will be a challenge to be overcome.

In his 2012 budget reply speech, the then leader of the opposition (now Prime Minister) Tony Abbott, announced an intention to have every pre-school child study a foreign language to help prepare Australia for the Asian boom. “If Australians want to make their way in the world, they cannot rely on other people speaking their language” he said.

Abbott promised 40 per cent of Year 12 students would be studying a second language but that this shift would be generational as foreign language teachers would need to be mobilised and teachers trained.

I applaud this vision but as my first boss used to say “I’ll give you a cent for the idea and a dollar for the execution”.

Asia and digital – the twin revolutions

What is digital? Is it data, platforms, an app? A website? Social? Content? The list goes on. And that's just beginning with the customer side of digital. There's a whole other list of questions when it comes to what is often called digitisation - transforming the underlying processes that support your business.
Leadership

Banks are best run by generalists

"Who are the generalist bankers at ANZ"? That was the first question I was asked by Mike Smith in his first year as chief executive. I was the new head of Organisational Capability.
Asia Pacific

Why the bamboo ceiling is holding back corporate Australia

For Australian organisations operating in today’s Asian Century, focusing on Asian talent and Asia capability is now a strategic business and talent management issue. So why are there so few people of Asian background in leadership positions in Australia today? This is what Diversity Council Australia wanted to find out through its latest research project, Cracking the Cultural Ceiling.