How to benefit from the new Chinese dream 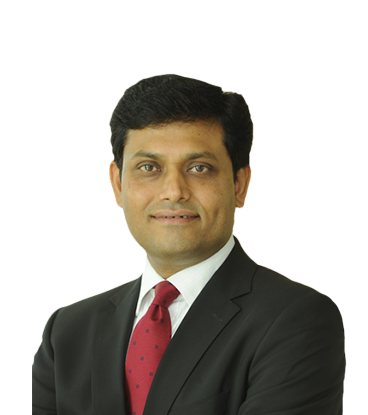 Like Australians, the Chinese middle class have a dream and this dream is becoming the new centre of Australia's relationship with China. As their ranks swell their aspirations begin to closely resemble any other developed country albeit with a Chinese twist.

It's these dreams of the Chinese middle class shifting China's economy from an export-focussed one to being consumption driven and reshaping China's view of Australia as a source of commodities to a richer and more sustainable relationship.

"It's these dreams of the Chinese middle class reshaping China's view of Australia as a source of commodities to a richer and more sustainable relationship."
Sanjoy Sen, Managing Director for Retail Banking Asia Pacific | ANZ

Three anchors of the relationship are education, investment and tourism. Having been based in China for some time, I feel with the correct focus Australian businesses can position themselves to greatly benefit from this change.

With the Chinese middle class expected to reach over 800m by 2030, the opportunity for Australia is boundless but we can expect that the global competition for their attention will be intense.

Anchored by Confucian precepts, education is highly valued in China and the prestige of an international education is increasingly appreciated by the middle class. Thanks to their rise in affluence Chinese families are increasingly able to send their children abroad to study.

Australian universities have worked hard to attract Chinese students into their programs and they've been very successful to date, with Australia ranking third globally as an education destination for Chinese students, who represent almost 30 per cent of Australia's international enrolments.

While a quality university education appeals to the Chinese dream, we should also recognise all the related Australian services that are required over the course of an undergraduate or postgraduate degree.

Sectors like dining, accommodation, immigration or financial services are also critical to Australia flourishing as an education destination.

Australia is a popular investment destination for China, with Chinese investors planning to invest $A27.7 billion according to Australia's Foreign Investment Review Board. For the first time, approved Chinese investment will exceed the United States' (by over $A10 billion), due largely to the popularity of Australian real estate.

The appeal of Australian real estate is likely due to a variety of factors, including our relative global proximity, the sustained rise in value of Australian property and their relative value by international standards, the stability and tranquillity of Australian life, or even the growing ties formed by education and holiday experiences.

Travel continues to be lead amongst most desired experiences by the affluent Chinese, driven in part by a growing global trend for appreciation of experiences over material goods.

The appeal of Australia as a tourist destination is clear, with almost a million Chinese visitors in the past 12 months. This is a 22 per cent rise in Chinese visitors, stronger than the 20 per cent growth of total Chinese tourists going overseas.

China is now Australia's second-largest source of overseas visitors, behind New Zealand, and is Australia's most valuable tourist market with Chinese visitors spending $A6 billion to $A7 billion each year.

As the Chinese middle class grows, we expect growth in both the number and the total spending of Chinese tourists for Australia.

So how can foreign businesses embrace these opportunities? My first piece of advice is to wholeheartedly embrace China. It's understandable to take judicious, measured steps when entering a new market, especially one that is as unique as China. But embracing China should also be personal.

To embrace China is to appreciate, welcome and celebrate the differences; to maintain an open-mind and an insatiable curiosity about the middle kingdom, so that you develop a new perspective and your own insights.

I must admit that I first found China to be strange place with unfamiliar language, food and people. Now it's only the language that's still unfamiliar. Thankfully communication is rarely a problem with so many bilingual Chinese available.

Doing business in China without speaking Chinese is certainly possible, but you're best positioned for success if you demonstrate an understanding and interest in the language and culture, especially local dialect and customs.

I'm also seeing more Australian businesses recognise the value of connecting at a deeper level with customers. I expect that this is just the start.

At each end of a business' corridors with China, there needs to be trusted partners that truly understand business in Australia.

Whether the corridor is Sydney-Shanghai or Melbourne-Guangzhou, a business needs a reliable and reputable anchor in China that truly understands Australian business and can effectively advocate in the Chinese market.

A trusted partner needs to feel a strong connection to foreign business and thoroughly understand the value-add that your business offers. Not only do you gain valuable local market understanding, but your corridor partner can also establish and build relationships for you in the long term.

Even for ANZ, where we have our own branches and staff across China, we still find it incredibly valuable to second Australian staff to China so that we can marry a rich understanding of our Australian capabilities with a nuanced understanding of the local market.

Due to language, cultural and regulatory differences, the digital ecosystems of China have evolved in different ways to the rest of the world, but are still amongst the world's largest and most sophisticated.

Mobile is already the most common way of accessing the Internet in China, and like many other parts of the world, social media dominates time spent online. In China, there are 659 million social media users, representing 99 per cent of all internet users and more than twice today's population of the USA.

WeChat is a great example of how different social media is in China. WeChat is used by over 60 per cent of Chinese internet users. WeChat is not just for individuals, it's also for businesses of all sizes.

All businesses need to go to where their customers are, and in China, it's likely that they're online using social media from their mobile phone.

Australia is already well-positioned to be a beneficiary of China's changing demographics, given its long-standing appeal as a leading education, investment and tourist destination. While it took us some time to appreciate these lessons, we're now well on our way to our Chinese dream too.

China's middle class will more than double its spending by 2030, lifting consumption as a portion of GDP to nearly 50 per cent from just 38 per cent in 2014.
Business Finance

The Mass Affluent: still desirable, still on the market

They are large, profitable and resilient. They hold a disproportionate share of the country's wealth and represent a substantial share of personal banking profits. Yet Australian banks can't seem to figure them out.
Asia Pacific

What do affluent Asian customers want from their retail bank?

Asia's affluent middle class is growing rapidly. But more than that, as Asian customers become more financially savvy, they are demanding more dynamic and complex financial solutions and setting a new standard on how they want to be served by banks.