Be not afraid, believe in ESNs 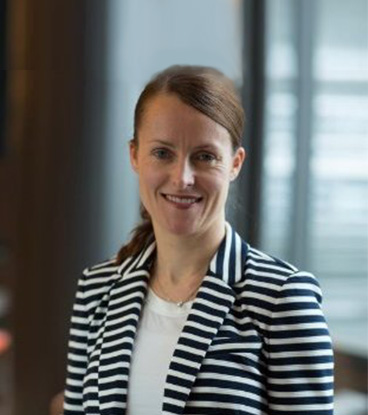 Change can be a scary thing. In an increasingly social business world the arrival of enterprise social networks (ESNs) in workplaces has been met with a mixture of enthusiasm and anxiety. The truth is you have nothing to fear – while it will change the way everyone works, it is only for the better.

Many large organisations have tools to manage the ebb and flow of high amounts of information. Staff tend to either help or hinder the flow of information and we've all worked with sharers, hoarders and people with styles somewhere in between.

" Put in place too many rules and you'll kill honest conversation, diverse thinking and the opportunity for innovation and creativity to flourish."
Rita Zonius, Head of internal digital communications at ANZ

We took a leap of faith recently at ANZ when we rolled out the company's first-ever ESN to 60,000 staff around the world. The good news is we turned it on and the world kept on turning.

While an ESN may have been the logical next step in making ANZ a leading social bank it was not always an easy road to travel. We found no matter where around the globe we went when spruiking the project the response centred on a core, very human question – was the organisation's culture ready to handle the open, non-hierarchical and informal nature of enterprise social networking?

Below we've collected the most common fears we heard about ESNs, along with the facts and views from the experts, allowing you to have a common-sense conversation about the benefits of a social enterprise.

ESNs bring social media inside a company and that's fun. But they are also serious business. A report on The Social Economy by McKinsey Global Institute found 'interaction workers' or knowledge workers, spend around 28 per cent of their time at work as a slave to their email and then almost 20 per cent of their time trying to track down information.

ESNs cut through clutter and have the potential to lift the productivity of knowledge workers by as much as 25 per cent by helping people search for information, identify subject matter experts and crowdsource ideas in real time.

We're still getting the hang of enterprise social networking at ANZ but we're off to a promising start.

You can begin to see the potential for many parts of the organisation to save time and money as users turn to the network for ideas and support instead of dealing with issues on their own.

ESNs need to be controlled or people will post whatever they like. It's true. People from across the organisation can share thoughts including liking and commenting on other people's posts whenever they want to.

There is always a risk people might post something inappropriate or – heaven forbid – provide feedback to management about things not going so well, a silly procedure or a broken process irritating staff or customers.

While sentiment towards the ESN is positive at ANZ today, when the project was first up and running we had lots of questions about how we were going to 'control' use of the ESN.

People need to understand where the boundaries are in today's social world but if you put in place too many rules you'll kill honest conversation, diverse thinking and the opportunity for innovation and creativity to flourish.

Putting in place an ESN doesn't mean people will start losing their minds and misbehaving. On the contrary, ANZ's discussions with a number of companies with ESNs showed users rarely did the wrong thing.

Online Community Manager for US-based Insurance Company Humana Jeff Ross advocates for some rules but warns against overdoing it.

“The fact an ESN is a form of social media can lead some businesses to strangely think they must go far above and beyond in detailing (and supposedly controlling) what is said and what happens there," he said in his blog. “That's unfortunate."

“Employees need to be guided in making the most of this vital form of 21st Century communication – not cowering in fear that Big Brother is hovering over them, waiting to catch them doing something wrong."

No company should deploy an ESN without a commitment from senior leadership to embrace social collaboration themselves. Leaders who value the ESN and make a habit of contributing to it create a culture where's its ok for everyone to get involved.

Far from being a burden, an ESN can be a blessing for busy executives. It can help boost staff engagement by making leaders more visible, particularly useful for those with geographically dispersed teams.

And when leaders tune in to the right conversations in the ESN they have the opportunity to get to the heart of a matter more swiftly than relying on the hierarchy to tell them about what's going on at the grassroots.

Leaders, note: authenticity is key and your friendly communications person can't masquerade as you. Of course, they can partner with you to help you get started, work out a content strategy and a rhythm for engaging regularly, but you will need to DIY. If you don't, you'll be left behind as people seek out genuine, engaging leaders to work for instead.

This means a lot of listening to what's going on, engaging in discussions and sharing your opinions and insights in your own voice.

The good news about ESNs is you don't have to post carefully crafted prose. Short, sharp posts, a photograph or two, a like here or a comment there, will demonstrate to people you're paying attention and listening.

Social media speaker and author Dionne Lew told BlueNotes busy executives can get help setting up and managing the administrative side of platforms but when it comes to contributing or responding, people want to know a real person is on the other side of a post.

“A big problem is executives are still thinking about social media as 'transactional'. Someone says something and I respond. It's much deeper," she said.

“First, it's about a connection formed over the long run. But it's also about the synergies that occur to someone who is a strategic thinker when they're exposed to multiple and different ideas, something global platforms deliver instantly."

There is an excellent video clip on YouTube everyone should watch about email trees. In the example shown, 61 emails are sent to arrive at one decision. 'Collaborating' this way is tedious and assumes the people on the distribution list are best-placed to take action or have the answers to your burning questions. And don't you love it when your inbox is pushed to the brink with messages in which you've been CC'd?

The trouble is when you don't know what you don't know email makes it difficult to get to the heart of a matter or solve a problem quickly. An ESN on the other hand takes the conversation out of email and into the open, creating the opportunity for happy knowledge accidents to happen.

Simon Terry, an expert in helping people transform workplaces in the digital age says the benefits of making work transparent rely on people sharing work in progress, so others can learn, or contribute ideas and information to help.

“Email is push communication and sharing it widely means everyone's work is interrupted when only a few need to know," he told BlueNotes.

“An ESN offers open communication where people can pull the information they need and join the conversations that matter most to their work. Working out loud in an ESN is far more effective than email for communication with large groups."

The fear of ESNs – worrying people will waste time, wondering how we control what's posted and so on – is linked to a fear of change and the unknown.

If you're thinking of launching an ESN, it's best to spend a lot of time talking to people about the benefits of ESNs and your plans. Don't skirt around the issues – deal with the specific fears people hold. Above all, don't be fooled into thinking your job is done with the introduction of the ESN platform. In fact, it's just the start of the hard work.

Helping people take the leap and discover a new way of connecting and working, inch by inch, is the challenge.

Rita Zonius is head of internal digital communications at ANZ

How to get digital in your company's DNA

Ask yourself this question - is digital in your company's DNA? If the answer is 'no' or even 'not really' then this story is for you.
Leadership

A Note from the BlueNotes Publisher...

We have been publishing BlueNotes for a year and it has been an extraordinary venture. But not just for us here at BlueNotes, more broadly in the world of communications – of all hues.
Technology

From the Publisher’s desk (or mobile)…

A year ago, ANZ’s digital forum for insight, analysis, opinion and news was just an idea.