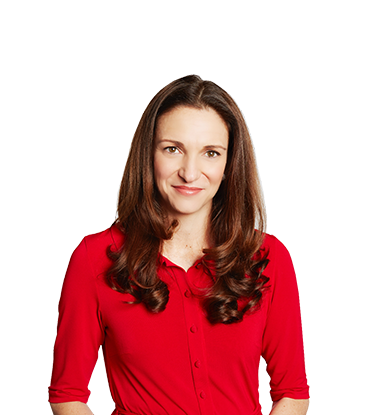 Small businesses are not just the lifeblood of growth in Australia and most economies, delivering true innovation and higher employment, their experiences can offer lessons for businesses of all sizes.

At the recent ANZ Business Growth Seminar in Melbourne, guests heard from a number of successful CEOs about the art and science of leading a small-to-medium enterprise.

"If you stop to smell the roses you get hit by a train."
Chris Proctor, CEO, Sealite

For many small business operators, handling the initial growth stage can be one of the most difficult times. It can fail to take off – or, as Dr Jana Matthews, ANZ Chair in Business Growth, Director of the Centre for Business Growth at University of South Australia, said, can happen far quicker than you can sustain.

Sealite CEO Chris Proctor’s advice is to ensure businesses make it easy for customers to do work with them. After its initial expansion, Sealite found itself burdened by complex platforms and systems which led to negative external and internal feedback.

"Complexity is an absolute killer of growth," he told the event. “One of the challenges we saw… was we were actually not very easy to do business with.

Sealite isolated those issues and set a goal to fix them – one Proctor admits they still have a way to go on.

For Go Natural David Worth MD, his business was conscious the broader it made its product portfolio, the more at risk it was to individual competitors.

“Our game plan is we need to make consumers aware of us, recognise our brand and trust our brand,” he said. “So when they see it in a retail environment or any environment they’ll reach out and buy it.”

Understanding your target market, especially when crossing borders, is vital to success, Worth said.

“To enter markets overseas you need to understand those markets, develop partnerships and relationships,” he said. “Get to know not only their consumer behaviour but the behaviour of the marketplace.”

Whether your business is focussed domestically or offshore, keeping centred on executing your strategy becomes paramount as you grow. It’s too easy to get distracted on activities or people that are not going to add value to the bottom line – discipline is key!

INNOVATION & THE NEXT STAGE OF GROWTH

"If you stop to smell the roses you get hit by a train," he told the event.  “You can’t pause.”

As it grew, Proctor said Sealite began to take a more critical view of its staff as the company began to outgrow early personal solutions.

“As you grow from a small business, frankly you pay the salaries you can afford,” he said. “Some of those staff grow really well with the business and rise to the occasion. Others tend to stagnate in roles and can’t change.”

“We looked at people and were a bit more critical of where they fit in the organisation - and in some instances they didn’t fit.”

But innovation doesn’t always mean something new. Dr Matthews relayed the story of dancewear group Energetiks, part of ANZ’s program in 2016. Whilst many retailers pile resources into online, Energetiks opened a store in the US which resulted in a 30 per cent increase in sales.

‘People still want to see and feel and touch the product,” she said.

Go Natural’s Worth said the group tries its best to come up with initiatives to strengthen its position. He said the key to a successful innovation culture is to ensure everyone in the business has the opportunity to be heard.

“Essentially we need to grow by moving out of our comfort zone and our immediate space,” he said.

Some businesses may start off as a one-man band but to achieve sustainable growth that has to change.

“I realised I’d been adding great people to the team,” Sophie Hunt, CEO at Hunt Leather said. “But I didn’t know how to delegate to them. You don’t learn how to do that at university.”

Improving its structure helped give the business the platform it needed for further growth, she said.

As a seasoned leader, Procter now realises people are the most important part of a business. Early on at Sealite it wasn’t always that way.

“You’re so focussed on your goal, when you’ve got the wind in your back,” he told the event. “When the business is growing easy it’s easy but when it’s not, it’s not.

“For me it was about changing as a leader, from doing everything, to delegating.”

Being clear about where to spend your time to get the best value for you and your business is critical - and a culture that embraces empowerment can lead to real accountability throughout your business.

Having clear values – and knowing what those values are - make such a difference when dealing with clients, according to Cargo Crew’s Rodgers.

She shared an experience of dealing with a customer nervous about revealing sensitive information, Cargo Crew was able to comfort the client with the knowledge it was an organisation committed to values of being trustworthy.

“Being able to articulate your values in general dealings I think is actually very valuable,” Rodgers said.

Visions and values are an odd thing, Sealite's Proctor said.

"You know what they are but then you wonder why people question them," he said.

Having clarity about your business’ purpose and having alignment with your values is important to what sort of culture you wish to foster in your business.

…AND SO IS A VISION

Hunt said having to sit down to articulate a vision was a “really really hard process.”

“To put it into words without going on and on [was hard],” she said. “But also without having a whole lot of jargon or buzzwords.”

It’s all very well to know it yourself, Hunt said, “but if you’re not articulating with your team, how do you get that culture going. ”

Proctor calls a vision a function of a growing business.

“When you’re a startup and growing people just know,” he said.  “But after you’ve been on the scene for a number of years you start to question: well, what is the vision? Where are we going?”

"It's not a case of making something up but articulating what you were already doing."

As market conditions change it remains important to refresh and question the relevance and connection with your business’s purpose and vision.

Making sure the whole team identifies with - and lives and breathes – it is how you will truly bring it to life.

Each of the leaders above have participated in ANZ’s Business Growth Program.

Agriculture has long been a cornerstone of Australia’s economy. As the sector again surges - or “saves our economic bacon” - after 28 per cent growth in 2016 and high expectations for 2017, we’re again reminded of its key place in our economic mix.
Asia Pacific

Since the Trans-Pacific Partnership's demise was first promised by US President Donald Trump in 2016, policymakers and businesses across the Asia-Pacific have been looking more seriously to the China-led Regional Cooperative Economic Partnership - especially given China’s refusal to join a rejigged US-free TPP.
Asia Pacific

Is your business ready for Asia?

Australian businesses have been successfully exporting for many years and the growth of offshore opportunities has been enormous – bolstered in recent years by the rise of the Chinese middle class. But an ongoing challenge is actually taking advantage of opportunity.