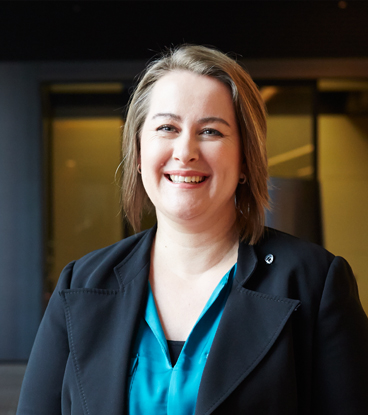 For the first time in a long time Australian manufacturing has the opportunity to reclaim its place as a major driver of the national economy.

" Australian manufacturing has the opportunity to reclaim its place as a major driver of the national economy."
Christine Linden, General Manager, Regional Business Banking, ANZ Australia

Australian manufacturing is still among Australia’s top five sectors. The industry makes up 6.1 per cent of the national GDP, generates $A102 billion in gross value added and provides more than 900,000 jobs.

As ‘Australian Made' – ANZ’s newly-released report on the manufacturing sector - points out, Australian manufacturing has evolved and continues to do so as it looks to overcome the challenges of attracting investment in research and development, managing global competitiveness, skills shortages, high input costs, and overall productivity.

The report tells us what has emerged through this period of evolution is a modern manufacturing sector which carries with it an international reputation for quality and innovation.

It’s one which has rebalanced towards consumables, with links to Australia’s natural endowments such as food, forests and minerals.

And it’s undergone the transition towards the production of more differentiated goods with higher skill and research and development intensities such as medical, pharmaceuticals, photographic and scientific equipment.

Pockets of success have also emerged among the diverse sub-sectors of Australian manufacturing. One of these is in the area of food, beverage and tobacco which, at a value of $A25 billion in 2016, has grown to become the largest subsector.

The opportunity is real but so too is the challenge. ANZ research has shown pressure on costs, particularly energy and labour, is the biggest concern among manufacturing businesses.

There’s no easy fix in sight, although it will be interesting to see what impact the announcement regarding gas export restrictions will have on the nation’s manufacturing sector.

Challenges aside, what’s not surprising about the opportunity for Australian manufacturing is it comes from the Asian markets which, at around 45 per cent, already receive the largest share of Australian exports.

It’s a market where our competitive advantages are bolstered by our geography and strong trade links. And, while exports of manufactured goods to China have increased from $A1.4 billion in 2000 to $A8 billion in 2015 – a staggering 470 per cent – the real opportunity is still to come.

With China setting course towards a services-based economy, the  Australian Made report suggests such a shift could be the catalyst for an additional $75 billion worth of Australian made exports by 2030.

In that time, it’s expected manufactured exports to China will increase across the full range of goods, including:

• By $A2.6 billion (88 per cent) in simply transformed goods (including clay bricks, paper, pig iron and plaster); and

• By $A1 billion (53 per cent) in demand for Australian exports of elaborately transformed goods (for example clothing, machinery, paint).

Getting there will require the sector to build efficiency through technology and scale, integrate itself in Asia’s supply chain systems, and use Australia’s intellectual property as a competitive advantage.

It will also need to navigate the world’s shifting political landscape and its influence on global integration and trade.

At a time when the narrative around Australian manufacturing has been bleak to say the least, we’re seeing a new-found resilience across the sector – one that has shown an ability to evolve and to re-discover its potential as a key contributor to our nation’s economic future.

Australian investors had a little-appreciated coming-out party just over a year ago when they decided for the first time to put more of their money into South East Asia than New Zealand.
Sustainability

Investors are ramping up pressure on companies to sharpen their climate credentials - leading companies to grapple with a rapidly-emerging arena in corporate risk, strategy and long-term planning.
Economy

Australia's health sector is grappling with a variety of challenges including an ageing population and growing burden of chronic disease.