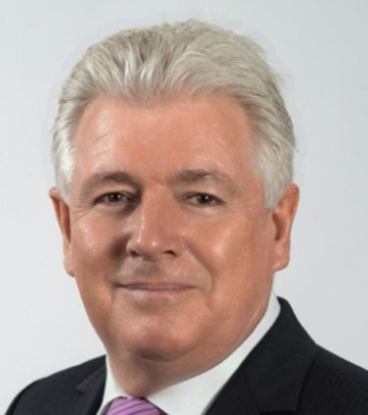 The second anniversary of the China-Australia Free Trade Agreement (CHAFTA) is a milestone in the relationship between the two countries – and some cause for celebration.

It’s a trade and investment relationship which has evolved in often surprising ways.

The first major Chinese investments in Australia were in the resources and energy sectors. This occurred at a time when one of the key objectives of the central government was to secure the supply of resources for the steel sector.

"There is still significant room for this relationship to grow." - Alan Oxley

Investment switched to the agricultural sector as the food demands of the Chinese populace grew and changed. One of the key drivers was the reputation of Australia’s agricultural industry as ‘clean and green’.

In both cases, the objective of the investments has been to satisfy growing Chinese demand and consumer preferences.

There has been a further evolution beyond goods and into services. The demand for Australian agricultural produce and manufactured food has prompted investment in transport and logistics providers to process and ship goods from Australia and the region into China.

Similarly, there has been a clear demand for the acquisition of Australian expertise in the services sector.

The purchase of John Holland, one of Australia’s largest engineering and construction firms, by CCCC International Holding Limited, is a clear example. Australian construction firms have a global reputation for maintaining profitability in high-cost environments.

Through its BRI initiative, China hopes to better connect with the rest of the world through a land-based trade ‘belt’ and maritime-based trade ‘road’, reaching across continents to Europe, Africa and South-East Asia.

Ports, logistics hubs and other infrastructure including roads and railways rolled out across up to 60 countries leaves plentiful opportunity for construction and infrastructure firms.

Many of these trade patterns and investments were the result of the natural complementarity of the Chinese and Australian economies.

ChAFTA is a landmark agreement that will define the economic, cultural and political relationship between China and Australia for generations to come.

The ANZ insight report Now for investment: looking beyond free trade in the China-Australia Free-Trade Agreement finds the agreement will support increased demand for Australian goods in China, while lowering the cost of investment in Australia generating stronger returns for Chinese investors.

There are considerable opportunities for investors in China and Australia seeking to capitalise on the increased trade and investment flows between the two countries. Indeed, ChAFTA is one of the few bright spots’ in global trade liberalisation currently.

The opportunity for both Chinese investors and Australian businesses can be characterised as follows:

• Reduced trade barriers. Tariff cuts will lower the price of Australian goods in China and increase demand; lower tariffs on Australian investments goods (such as machinery) from China will cut the cost of production and increase rates of return.

• Services liberalisation. Reducing barriers to traded services will have a similar effect to lowering tariffs. Demand will increase in liberalised subsectors (for instance, travel services to Australia, Australian education services, financial services and healthcare provided by Australian operators in China, and maintenance and installation by Chinese providers in Australia).

• Investment. The cost of investment in Australia will fall as regulatory impediments are lowered. The availability of investor-state dispute settlement (ISDS) in the agreement reduces risk for investors in both countries. ChAFTA foreshadows ongoing removal of capital and exchange controls.

This will increase cross-border flows and competition and enable investors and firms to tap both markets to find the lowest cost of funding and highest risk-adjusted return.

The ANZ insight report was completed by ITS Global for ANZ to mark the second anniversary of the signing of the China-Australia Free Trade Agreement.

ChAFTA: room for even more growth

CHAFTA adds to the deepening of the two countries’ economic relationship.

ChAFTA is likely to increase demand for Australian goods in China, lower the cost of investment in Australia and generate stronger returns on capital for Chinese investments in Australia.

Consider the Australian beef industry as an example. The lower cost of Australian exports due to the reduction of import restrictions – for example, on beef – will increase demand for Australian imports.

Reductions in investment barriers – via the lowering of the international investment threshold – will reduce transaction costs. The mooted removal of capital and exchange controls between Australia and China will broaden the availability and lower the cost of capital in Australia.

In sum, this will likely increase the firm-level profitability of bilateral investments between the two countries.

There is still significant room for this relationship to grow.

China’s outward investment is relatively small on the world stage and its investments in Australia are small when compared with investments from the US and the UK. To date, investments have largely been in the resource and agricultural sectors.

Implied returns on foreign investment in Australia have generally been robust at around 5 per cent. This is on par with other industrialised countries such as the US and UK across all sectors.

For this to happen, further liberalisation in areas such as financial services and the gradual removal of capital and exchange controls is vital

Under ChAFTA, both countries have made a commitment for this to happen. The trade and investment relationship between China and Australia can only deepen.

ChAFTA was only implemented at the end of 2015. As more Chinese and Australian businesses utilise it trade and capital flows will increase - as will investment opportunities.

Alan Oxley is Managing Director at ITS Global

China is not alone in Asia in facing the challenges of an ageing society. Japan, Korea, Taiwan and Thailand face similar issues. Indeed some of these countries are ageing faster.
Business Finance

Jason Qi | Director in Client Insights and Solutions at ANZ

According to the old wisdom, 2017, the Year of the Rooster on the Chinese horoscope, suggests we can expect to see miracles emerge from seemingly impossible situations.
Economy

China’s not the worry – but Australia is