Finkel: from recommendation to reality? 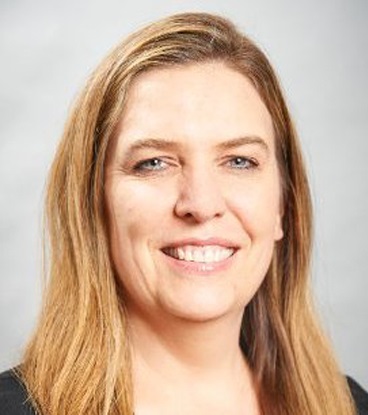 Imagine a day without electricity.

Electricity powers so much of our lives its absence is almost unimaginable. Individuals and companies would not be able to carry on with their business, the economy would suffer.

That’s why the need for sound policies is crucial. And why the Future of Security of the National Electricity Market – otherwise known as the Finkel Review – is welcome.

It has never mattered more to both retail and business consumers. Recently, it was announced retail customers in many states face electricity price hikes of almost 20 per cent, reinforcing the need for urgent action to deliver affordable energy.

"If the recommendations from the Finkel Review as a whole fail to gain traction… it would be disappointing.”  - Sharon Simon

The response to recommendations addressing the affordability, sustainability and security of Australia’s electricity market has been - largely - positive but it is absolutely essential these recommendations gain traction.

Because for now that is what they remain: recommendations.

Having digested the 206-page ‘Blueprint for the Future’ document it is important interested parties work towards clarity and certainty for the industry so it knows where to invest for the future.

It is likely the recommendations will largely be adopted. However, some issues will require careful management to achieve support from the Parliament.

The most significant area of political debate so far has been around the Clean-Energy Target (CET), also known as the Low-Emissions Target.

The Finkel Review used a baseline threshold of 600kg CO2-e/MWh in its modelling but has left the allocation of a specific emissions intensity threshold to the Federal Government.

This threshold is a contentious political issue, illustrated by an overview of which generation types meet particular thresholds as provided in the table below.

Recent support by the Federal Government for 49 of the 50 recommendations of the Finkel Review is seen as a positive first step. The key remaining item, namely the CET, is still subject to further review and remains one of the key drivers which will ensure certainty of investment going forward.

Responding to the CET

Strong support from energy industry players advocating for up-take of the Finkel Review recommendations continues, in order to drive certainty which will underpin investment.

For example, while major energy producer and distributor AGL have previously advocated for an Emissions Intensity Scheme (EIS) they believe a CET is a viable policy option which will “unleash” the necessary new investment in the market.

Transmission and distribution companies endorsed the review’s recommendations for a more strategic approach to co-ordinating investment in network planning.

Transgrid (the NSW transmission network) welcomed the proposal for taking a greater industry role for network planning which leaves them central in decisions surrounding the future state of the grid and will ensure a co-ordinated approach to integrating renewable generation into the grid.

Generally where the mining industry has responded publically it has been positive. The Finkel Review included many items called for in submissions from mining groups including:

• The ability of regulators to mitigate short term fluctuations in pricing and supply, especially in terms of gas generation;

• The technology neutral setting of clear targets to facilitate investment in new electricity production; and

• The removal of moratoria on gas exploration (with the review recommending an evidence based regime to manage risks associated with individual projects).

However the main industry body, the Minerals Council of Australia, has criticised the implication HELE coal generation is not considered low emissions or clean energy and the review did not recommend removal of prohibitions on nuclear energy. The Council strongly advocates for a higher threshold to enable HELE to be considered a low-emissions source.

Anecdotally, ANZ sees a strong level of interest from mining companies to install their own cleaner energy supplies, now being manifested in EOIs to renewable consortia.

Corporate and private demand for renewable generation is the main driver for investment whilst State and Federal Governments continue to argue over the merits of more aggressive State-based schemes and renewable energy targets.

We see this as not dissimilar to the industry’s response to historical infrastructure challenges such as rail and port bottlenecks, where mining groups have worked independently and in consortia to build and control supply chains.

Where do we go from here?

The emphasis of the review for an orderly transition is seen to reduce imminent asset risk for coal generators by allowing for transparent closure of older generators within their current asset lives.

Further new coal generation asset investment within Australia is seen as very difficult in the current context. Energy security is fundamental, with recommendations to ensure adequate electricity supply for summer 2017 and beyond includes implementation of Energy Security and Generator Reliability Obligations.

Another aspect is the resilience of the grid, with increased intermittent generation and rapidly advancing technological changes as well as climate change impacts.

An assessment of the resilience of the grid in relation to cyber security, weather impacts and the upskilling of the work force given technological advancements required are all recommended.

While it is unclear the path the Finkel Review’s recommendations will take in getting from recommendation to reality, one thing is apparent: the industry desperately needs clarity and certainty for the sake of future investment in Australia’s electricity in the future.

This will support viable funding solutions; uncertainty means increased risk for not only investors but financiers.

And to echo the Business Council of Australia’s position, Australia needs a clear, stable policy to deliver secure, reliable and affordable power.

Sharon Simon is Head of R&A, Utilities & Infrastructure at ANZ

Some $A500 million in Chinese investment has seen a sevenfold increase in lithium mines in WA.
Economy

It may seem chaotic but big themes are emerging coal and energy markets.
Economy

Oil price forecasts up in the air

To hedge oil or not to hedge oil is the big question. Rising volatility accentuated by uncertainty on whether there will be an oversupply or shortage of oil is causing many a dilemma to companies for whom oil is a significant input cost.