For people with a disability, media diversity can change lives 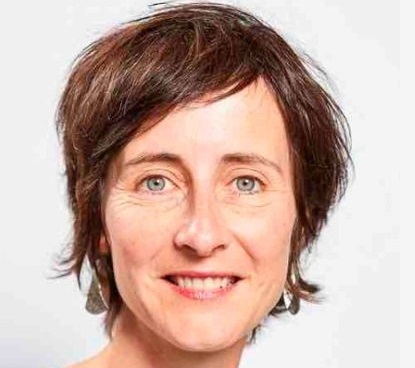 Greater diversity in our media will play a key role in changing attitudes towards people with a disability.

It’s improving – slowly. The industry – and the people which run it - is beginning to collaborate over their shared belief media should reflect the richness and diversity of society and provide opportunities to everyone to participate - including people with disabilities.

As Attitude Foundation founder and former Australian Disability Discrimination Commissioner Graeme Innes AM says, changes in attitudes have the ability to change lives.

"Media should reflect the richness and diversity of society and provide opportunities to everyone to participate.” - Meg Dalling

“That’s what we want to do in the Attitude Foundation today,” Innes says. “Change people’s lives.”

ANZ was a founding partner of the Foundation soon after it was established in 2014, reflecting a shared desire to change community attitudes and behaviour, and empower people with disabilities to participate in every aspect of political, social, economic and cultural life.

Media diversity is gaining traction in the national conversation with the recent launch of Media Diversity Australia which also seeks to promote more balanced representation in Australian media, reflecting the communities it serves.

In the US, the Alliance for Inclusion in the Arts and the Screen Actors Guild are also working towards better disability inclusion.

We see particularly strong leadership in the UK, where the Creative Diversity Network has been championing the stories of people with disabilities on TV and other media since it was founded five years ago- here industry participants are collaborating rather than competing.

We can learn a lot from the CDN experience.

The CDN has two main aims: to bring together UK media organisations to promote and share diversity good practice and to build the business case for wider representation and inclusion.

Its members include major UK TV broadcasters and media organisations, such as the BBC, ITV, Sky, Channel 4 and BAFTA.

As the UK’s Rio Paralympics broadcaster, Channel 4 is a great example of the leadership in this area. It has set its sights on being “the most creatively diverse broadcaster in Europe”.

In 2016 Channel 4 launched its ‘Year of Disability’, pledging through its 360⁰ Diversity Charter to showing diversity at every level, not just within the organisation, but also involving those who contribute to content.

A recently published report from the channel highlights some of the individual success stories of the last few years.  For example, in 2016 it doubled the number of people with disabilities appearing in over 20 of its biggest programs.

Importantly, representation isn’t always about superhuman achievement or being a victim of circumstance.

“It’s important for society in general to see a disabled person just living their life like they would normally,” Amy Conachan, star of British soap Hollyoaks, told The Scottish Sun.

Speaking at a recent Attitude Foundation event hosted by Fred Ohlsson, ANZ’s Group Executive Sponsor of Accessibility, Innes said a change in attitude toward hiring people with a disability was needed in businesses across Australia.

“We are employed, unfortunately, at a rate 30 per cent lower than the general community,” he says.

“On employment of people with people with disabilities, the OECD ranks Australia 21st out of 27 countries. Forty-five per cent of us are living in or near poverty.”

“By any measure we are not doing well.”

Innes said the employment of disabilities does not just benefit those affected – if just one-third of the aforementioned job gap were employed, the National Disability Insurance Scheme would pay for itself in a decade, he said.

“Our society is beginning to remove the barriers,” he said, listing areas where access is improving. “But people with disabilities just don’t appear on television very much. And when we do appear, it normally reinforces negative stereotypes.”

It’s for this reason the Attitude Foundation is committed to changing attitudes to disability through mainstream television.

“Changing attitudes though TV is powerful and it works,” Innes says.

“We plan through the use of television and the broader media to change the attitude of people towards Australians with disabilities.”

Guests received an outline of the Foundation’s approach and its move to create a pilot episode of a TV series. The pilot episode will be produced by award-winning, disability inclusive creative agency Taste Creative. Attitude is seeking a number of supporters for the program.

The UK experience shows the inclusion of disabled people on TV is important and can have a powerful effect on mainstream attitudes.

The Attitude Foundation’s mission is to increase the realistic depiction of people with disabilities in mainstream Australian television, and it will do this through the creation of a TV series, where Australians with disabilities can tell their own stories, and away from the stereotypes of villains, victims or heroes.

Whilst the Australian television industry does have guidelines on the portrayal of people with disabilities, we don’t yet have collaborative industry bodies such as the Creative Diversity Network.  The Attitude Foundation is working to address the gap.

Meg Dalling is a Lawyer at ANZ. She is currently seconded to the Attitude Foundation as part of ANZ’s ongoing support.

A version of this story originally appeared at attitude.org.au

Four attitude-change areas to help Australians with a disability

Almost 20 per cent of Australians, around four million people, live with a disability.
Sustainability

Employing people with disability is good (for business)

How innovation for accessibility can help everyone

Many businesses approach acceptance of people with disability as a means to develop a community connection, but the true business case for tackling discrimination is more straightforward. People with a disability are consumers, investors and employees and by addressing barriers a business can increase its market for customers and employees.