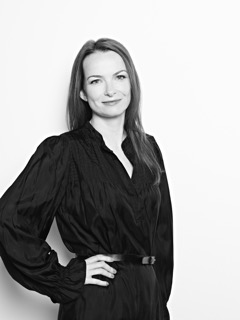 More than a third of Australians and New Zealanders are considered just ‘getting by’ financially – or worse, according to a new ANZ study.

The report, Financial Wellbeing: a survey of adults in Australia/New Zealand, found 23 per cent of Australians were classed as below average in their financial behaviour score, grouped as ‘Getting By’ (see table below).

"Detailed knowledge and experience of financial products or services has only limited direct influence on financial wellbeing.”

Thirteen per cent described their current financial situation as ‘bad’ and were classed as ‘Struggling’.

The figures were very similar in New Zealand, which came in at 24 per cent ‘Getting By’ and 13 per cent ‘Struggling’.

Overall the report found just under half of Australians felt on top of their money, with just one in four possessing more than six months in income.

The report is the sixth and latest study from ANZ which provides unique insight into specific behaviours and mindsets which affect and are affected by financial wellbeing. Below are four key takeaways.

You can read ANZ’s full coverage on its Financial Wellbeing report HERE.

The 2018 survey marks an important shift in ANZ’s independent surveying of financial literacy and capabilities in Australia and New Zealand towards considering a broader definition of ‘financial wellbeing’.

The survey found detailed knowledge and experience of financial products or services has only limited direct influence on financial wellbeing.

The research shows regardless of people’s knowledge, other factors such as psychological influences, social and economic circumstances and the ability to actually take action (that is behaviour) are more important influences on financial wellbeing.

Financial wellbeing is “the extent to which someone is able to meet all their current commitments and needs comfortably and has the financial resilience to maintain this in the future.”

- Elaine Kempson, Professor Emeritus of Personal Finance and Social Policy Research at the University of Bristol and Associate Professor at Oslo Metropolitan University.

The 2018 survey calculated scores for three components of ‘overall financial wellbeing’, including:

The report found two specific behaviours – active saving and not borrowing for everyday expenses – are vital components of financial wellbeing.

Emily Ross is an author, journalist and editor

We bring you all the views and insights from ANZ’s financial wellbeing survey.

A survey of adults in Australia and New Zealand