Who’s who in the entrepreneurial zoo? 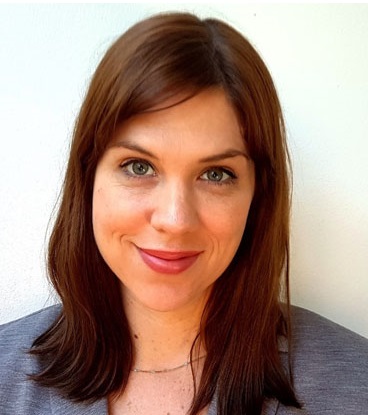 Should you short a gazelle? Go long on cheetahs? Ride the gorilla? Hunt for unicorns? The recent proliferation of zoological labels to describe different types of companies and their stages of growth has left some scratching their heads.

The new taxonomy can be amusing but is it simply new-fangled jargon? Or a genuinely useful classification that will help boost business growth and spark a broader conversation about what it means to be an entrepreneur?

"The world now has more than 200 unicorns, making them far less rare than they were when the term sprang into use in 2013.”

From unicorns to gazelles, cheetahs, zebras, elephants, horses and mice – these animal terms have largely sprouted from Silicon Valley and purport to describe the phenomenon of why some businesses grow and others do not.

Equally, it claims to explain why some companies achieve a pace of growth that leaves their competitors in the dust.

CIO of Startup Genome and Director of Policy Innovation at the Progressive Policy Institute in Washington, Dane Stangler, tells bluenotes that while the terminology can be useful, he has certain reservations about wholeheartedly embracing it.

“Analogy or imagery is supposed to simplify and assist understanding; that doesn't mean it always does, of course,” he says.

“The terms are designed to be colourful – ‘unicorn’ or ‘gazelle’ will stay in your mind longer than ‘firms growing at 20 per cent annually in sales over a minimum period of three years from X starting point’. These terms also have their own bluntness and can obscure nuance and detail.”

Stangler feels that ‘category confusion’ is bound to ensue with so many different classifications and that taxonomy tends to over-simplify the complexities of real world entrepreneurship.

There certainly appears to be a certain amount of confusing overlap.

Business author Geoffrey Moore, for example, classifies ‘gorillas’ as market leaders, ‘chimps’ as those with a different product but less success, and ‘monkeys’ as copycats of the gorillas, who undercut price and exaggerate claims.

However these classifications could just as easily be used to separate the unicorns and gazelles from the mice and elephants.

Howard E. Aldrich is a professor at the University of North Carolina and the author of the research paper ‘Unicorns, Gazelles, and Other Distractions on the Way to Understanding Real Entrepreneurship in America.’ He also feels that the terminology tends to be clunky.

“Like all exercises in labelling, the classification obscures almost as much as it clarifies because of the diversity within that category. Not all ‘gazelles’ are alike, but once a firm is classified into that group, its uniqueness disappears.”

Arguably the best-known term of all is “unicorn” which describes a privately-owned start-up company such as Uber and AirBnb with a $1 billion valuation.

The term prompted the creation of distinguishers such as ‘horses’ and ‘zebras’ to denote lesser performing entities.

In Australia, the graphic design start-up Canva became the newest tech unicorn in January after closing a funding round valuing its operations at $AU1.3 billion.

The company is led by 30-year-old Melanie Perkins, one of the youngest female CEOs to lead a unicorn in Australia.

Unicorns like Canva are often put on a pedestal by those who dream of emulating their growth but who may not see the bigger picture.

“Most businesses began with no outside funding and no employees, and about half start at home,” he continues. “Of those businesses started by teams, most involve husbands and wives or life partners. Very few start-up teams involve strangers, even those that obtain outside funding. Most don’t get organised for a year or two, and the majority will be discontinued in two or three years. Eventually, some will hire employees, but the great majority will still have none.”

The world now has more than 200 unicorns, making them far less rare than they were when the term sprang into use in 2013.

“‘Unicorn’ originally captured what it was meant to convey; something quite rare and perhaps even mythical. Now, the actual phenomenon has run ahead of the meaning, but it's become so well-known and accepted that it has grown in utility,” says Stangler.

However he also believes that the less flattering monikers do a disservice to many companies.

“No firm wants to be called an ‘elephant’… It's possible, especially among tech start-ups, that if you don't appear to be on the path to unicorn status as it de-values you in the eyes of some. So again, maybe we're overusing animal analogies and ignoring the nuance underneath.”

He points out that many companies on the prestigious Inc.com list may technically fall into the category of being ‘mice’ due to the number of employees they have on their books or because they have gone through a period of slower growth after an initial spurt.

He believes that isn’t a fair reflection of their achievements or economic significance.

Like unicorns, gazelles are also highly sought after by investors.

A ‘gazelle’ is a company that has achieved 20 to 40 per cent growth for at least four consecutive years. The term was coined by Verne Harnish off the back of his book Mastering the Rockefeller Habits.

The ‘cheetah’ sprang up as another term to describe a company with fast-paced growth, whereas ‘mice’ and ‘elephants’ are companies growing at a considerably slower speed.

Unlike the other animals, the business link for the gazelle isn’t an obvious one: it is used to suggest that a company should always be a step ahead of its rivals or it will be gobbled up by a predator (a rival company).

Canberra-based business coach Paul O’Dwyer used the gazelle methodology to grow his own business a decade ago and in 2010 he became a certified “Gazelle Methodology coach”.

But he stresses to bluenotes  the methodology gets results because it isn’t prescriptive or reductive.

“It’s a framework: it doesn't dictate what you must do in your industry in terms of marketing, delivery or sales. It's really about how the operating rhythm of a business works. It includes things like meeting structure, strategy, and how you look after your people.”

“What the Gazelle Methodology is really good at doing,” he adds, “is making you think about the changes that need to happen at each stage of growth, because often what worked as a start-up won't work for a much larger organisation.”

Managing director of The Yield, Ros Harvey has been working with O’Dwyer to apply the Gazelle methodology since she founded the business in 2014, and each year she has seen growth by more than 100 per cent.

“[The Gazelle methodology] is specifically designed to help businesses to scale. We use the tools to plan and execute, and the three disciplines of execution keep us focused. In any business – but particularly an early stage business – execution is everything. We have progressively rolled out more and more of its tools and approaches.”

Rebecca Wallace is the CEO of the Sydney-based Launch Group, which comprises three companies in the recruitment, tech and telecommunications sector and has a staff count of 350.

She turned to the Gazelle Methodology three years ago after setting an aggressive growth target and also has O’Dwyer as a coach.

“I wanted a structured framework to get my management team there with me. The Gazelle Methodology appealed because it incorporates good communications throughout the management team.

“I’d struggled with that before – my team was always very busy, and I'd be like, ‘Oh, it's okay. We can meet tomorrow.’ Things were a bit loose and I needed to tighten it up for the faster growth we were going through,” she explains.

Wallace says that while the methodology doesn’t ignore or obscure any important ingredients for achieving growth, it’s vital not to become over-reliant on any sole methodology.

“I'm always educating myself outside of the Gazelles. I don't just say, ‘That's my education done for the year; that's what I'm sticking to.’ I’m always looking to be a better leader and to make my business more efficient.”

“I think it's narrow to say that this one solution is the only solution. I think that would be dangerous,” she adds.

ANZ has acquired property pricing startup REALas – we speak to the founder on podcast and video.
Business Finance

Start-ups: debt vs equity vs other (or of all of the above)

More than two thirds of Australia's start-ups believe they need funding to survive through 2016, according to the StartUp Muster Report 2015. Plenty of existing small businesses are also on the lookout.