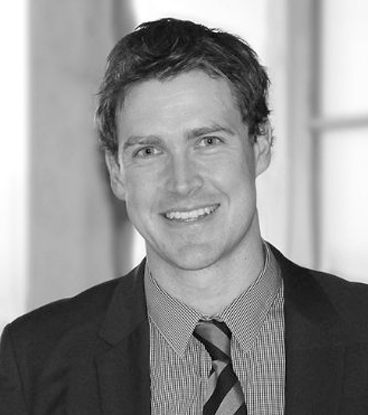 A mention of northern-Australian agriculture often brings to mind images of red dusty soil and outback locations where cattle - the region’s largest single commodity - graze across hundreds of square kilometres.

Driven by the promise of greater infrastructure spend, however, things are changing – including a recent and renewed industry focus on sugar and other horticulture commodities including bananas, mangoes, melons and avocados.

"With its relatively stable cost base, along with its proximity to Asia… northern Australia presents an appealing agricultural opportunity to investors.”

Critical to the success of this change - and building the diversification of the region’s agriculture industry - will be the sector’s ability to attract the necessary level of capital.

New research from ANZ, released at the latest Northern Australia Food Future conference, suggests an additional $A15 billion in capital and 3 per cent productivity growth per year would increase the size of the northern-Australian agricultural sector by 52 per cent – generating an extra $A73 billion in production by 2030.

Northern-Australian agriculture was worth approximately $A8.3 billion in 2016-17, just under 14 per cent of national agricultural production. Attracting new investment and utilising it well will be core to the industry’s ability to expand its existing base and develop future opportunities in additional commodities such as aquaculture and horticulture.

To generate the additional investment and capital required, the industry must demonstrate the region’s growth potential and benefits, especially those it has over southern Australia.

With its relatively stable cost base, along with its proximity to Asia, large land mass, high rainfall and water resource developments, northern Australia presents an appealing agricultural opportunity to investors.

ANZ’s analysis highlights the importance of land usage for intensive, irrigated agriculture production, with the report suggesting a possible increase of 1.1 million hectares of irrigated land in northern Australia could see agricultural production grow by as much as $A7.4 billion.

Industry research, a more strategic approach to building and developing new markets and the adoption of ag-tech are also ways to improve farm-gate returns, attract new capital and increase productivity.

One example can be found in North Queensland where papaya grower Lecker Farming has prioritised research and development and built an on-farm tissue culture laboratory seven years ago.

Over the past 12-months, this has enabled the business to produce all plant material from tissue culture instead of traditional seeding methods. The use of uniform genetics has led to major productivity and plant quality improvements.

“The use of tissue genetics has enabled us to select our best tree and propagate its cuttings to essentially clone the optimal tree,” Lecker Farming owner Gerard Kath says.

“This has dramatically improved the quality of our papayas including their shape, size and yield and has also led to better production per hectare.”

“By using this growing method we’ve also minimised the risk of diseases including phytophthora root rot, reducing tree loss from 30 per cent to about 5 per cent.”

Overall northern Australia has a strong opportunity to forge a sustainable economic future in agriculture but the key is in broadening its commodity specialisation, maximising land arrangements, and investing in research and technology to attract much needed capital investment.

A new way to cultivate capital for farming’s future

The accumulative benefits of agtech

Modern technology saves time and energy on the farm – and leads to better outcomes.