The rise of boss women 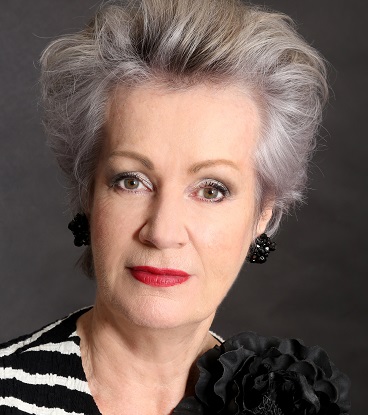 Here is a question for those responsible for the advancement of talent in an organisation: is your next CEO a woman?

Is your company ready to break the glass ceiling?

It should be an easy question, right?

But to answer it, you first need to look at the gender break down of executives currently in C-suite roles and the pipeline of talent coming through the management ranks.

Are there many women? Do these women run a business unit? How many women in your organisation would rush towards an opportunity to advance to the top role?

If, when you do the sums on your leadership pipeline, less than 50 per cent of the potential candidates are women, or the women at the mid-point of their careers aren’t tracking upwards, there is very little chance the next CEO will be female.

Earlier this year, Korn Ferry and the Australian Institute of Company Directors set out to document the pathways women take to become CEO.

Few women had completed the journey and the gender imbalance among CEOs at ASX200 companies remained stubbornly wide.

Who run the world?

The objective of the research was to learn from those who had transcended the status quo and made it to the top and to learn what they did differently to navigate the challenging pathway to CEO.

The goal was to illuminate and help remove barriers to executive roles and future board roles for women.

The report includes interviews with 21 current and former Australian female CEOs as well as psychometric assessments. It goes beyond counting female heads to diving deeply into the factors which need to come together to enable a successful career.

These CEOs provided deep insight into the experiences and attributes that supported – and inhibited – their pathways to the top.

Female CEOs are attracted to collaborative leadership more than power and desire for status or influence. Rather than focusing on climbing the ladder, women are driven by intrinsic interest in their work, a sense of purpose and a desire to lead people in a positive manner.

In fact, while close to half the participants said they always wanted to be CEO, an equal number said they had never aspired to the role but were drafted into it by others who recognised their potential.

These findings have ramifications for how organisations regulate talent identification.

Those responsible for developing talent need to grasp there are multiple starting points for leaders and what motivates women may differ from a ‘traditional’ profile.

Organisations also need to be clear about identifying potential leaders and let everyone, especially women, know they are on track to senior leadership.

There is an argument for reframing executive leadership and the CEO role to appeal to more women. What drove the CEO participants was a desire to make an impact and build a positive culture. By describing the jobs which prepare future CEOs in those terms - rather than as a list of qualifications, responsibilities and scope of authority - fewer women will opt out at the senior executive level.

I personally would like to see a deeper focus on the CEO feeder pool.

Women are underrepresented in line management roles in Australia and these are the positions which most often lead to being CEO. A clearly beneficial step is to attract more women into profit-and-loss roles earlier to ensure they get that crucial experience and positioning.

The report found “if women aren’t on the talent radar, it’s the radar that needs to change”.

Organisations need to look harder and use a broader lens to find them - the future of leadership depends on it.

How will you grow the business or address current strategic challenges? What are the core purpose and values of the organisation that you will sustain and enhance? What changes will you make in the culture? Board directors will want to hear this in interviews, if not before. In such conversations, detail what you want the company to achieve and help them believe in your leadership capability and impact.

Let the people who matter know about your goals. You don’t have to be repetitive but do be clear. Leave less to chance by stating your interest.

In some companies, contenders for the CEO role start trying to undermine one another. Don’t get caught in this game; it damages the company and your reputation, as well as the trust you will need as CEO.

Fill gaps in experience and knowledge.

Make sure you have P&L experience and understand the strategic challenges the business is likely to face in the years ahead. If you lack experience in important parts of the business, you won’t be considered for the CEO role.

Build relationships with board directors, external stakeholders, the current CEO, peer executives or whoever else is important in your company. Your first aim is to better understand the company and these individuals’ roles in it - and later to have allies and supporters once you are CEO.

The women CEOs showed high levels of resilience and a capacity for hard work.  If you do not get the role the first time, work hard, show resilience and work through any road blocks that are preventing your progress.

Recommendations for women in the pipeline

Pay attention to the whole organisation.

Make sure you know the strategic drivers of your organisation, including how it makes money. Understand the competitive landscape, read media reports about your company and industry. Listen to colleagues from other functions, business units, geographies. Ask questions to understand the implications of changes or requests. Understand enough about finance to read and interpret your annual report, or the equivalent, fluently.

Objectively size up your organisation.

Is it a place where women succeed? One that treats people well in general? Does it hold managers accountable for preparing talent? If not, move on. Don’t invest years in a department or organisation waiting for it to change.

Think about success as not just driving business results but accomplishing something that matters to you. This connection to your core is where you get the juice to tough it out, to persevere, to be resilient.

An effective network extends outside your comfort zone of peers and other women. This takes courage and a certain amount of calculation. Consider what your goals are and who you may need to have strong professional relationships with. Be certain to become visible to key decision makers in the business lines. Reach outside the company, too. Get involved in external industry groups or forums. Go for projects that involve regulators, investors, mergers, or partnerships—anything that introduces you to people whom you can help and who can help you.

Look for roles where you can learn the skills that lead to the C-suite, particularly roles that will give you exposure to a P&L. Sales and finance can be good starting points; human resources, not so much.

Volunteer before you feel ready.

Recognise that the qualifications attached to a job opening are, to some extent, wish lists. You don’t have to be a master at everything in order to apply. At the same time, don’t assume your results will speak for themselves. You have to invest some time in self-promotion.

Why women are pressing for progress

IWD2018: leaders set sail for the winds of change

#meetoo changed the world. We speak to four senior leaders about what the new landscape looks like for women.