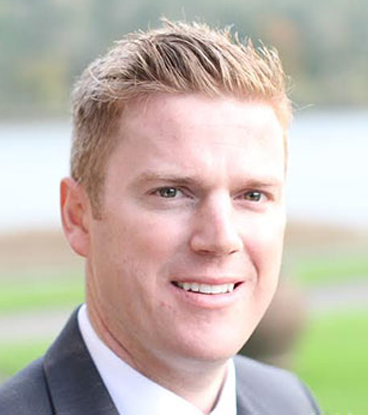 Over the past few years, fintech globally has grown up and out - improving and expanding offerings, driving increased consumer awareness and uptake and spurring change across the entire financial services ecosystem.

In fact, the Ernst & Young (EY) Global Fintech Adoption Index 2019 shows almost two-thirds (64 per cent) of digitally active consumers globally now use fintech products and services - up from just 33 per cent in 2017. It’s a similar story in Asia-Pacific: average consumer adoption rates are at 63 per cent across the region (although individual market results vary).

"Both locally and globally, customer expectations have evolved, resulting in disruption and innovation in the financial services industry.”

The Index found emerging markets are continuing to lead the charge in fintech uptake with Mainland China and India both recording the highest level of consumer adoption at 87 per cent.

Elsewhere across the Asia-Pacific, adoption rates have doubled and, in some cases, even tripled in key markets over the past two years. Hong Kong, Singapore and South Korea are all now sitting at 67 per cent consumer adoption - slightly above the global average - and EY expects to see even higher rates in the coming years, in part due to the supportive regulatory environments in each market.

Although starting from a higher base than many other Asian markets, Australia’s adoption rate has dipped slightly below the global average. However, it is still a good news story with more than half of digitally active Australians (58 per cent) now using fintech products and services - up from 37 per cent in 2017.

However, while Fintech use in the Australian market continues to rise, the pace of local adoption has slowed in comparison with emerging markets - although this may change with the introduction of open banking and as more challenger fintechs continue to come into the market.

Most Asian markets benefit from a powerful “fintech feedback loop”, with the increased adoption driving increased innovation - and vice-versa. As Mainland China continues to lead in financial services innovation, the inspiration from Chinese fintechs is increasingly permeating across the wider region.

This influence can be seen in the response of incumbent financial institutions who are seeking to build out their own fintech-inspired propositions, as well as in the increased regulatory support for non-traditional challenger players across banking, insurance, and wealth management in many markets across the region.

Both locally and globally, customer expectations have evolved, resulting in disruption and innovation in the financial services industry.

Findings from the Index show 27 per cent of consumers globally rank pricing as their top priority while choosing a fintech service and 20 per cent picked the ease of opening an account. In Japan, trust is the only factor for digitally active consumers not choosing a fintech challenger over a traditional financial institution.

In the face of these changing expectations and priorities, traditional banks, insurers and wealth managers are disrupting their own propositions by offering digitally accessible and technology-forward services.

There is also an emerging trend towards greater industry convergence, with sector leaders in adjacent industries such as transport, retail and telecommunications increasingly adding digitally enabled financial services to their range of offerings.

This is yet another area in which parts of Asia are likely to a leading role, as they already have with fintech innovation and adoption.

China on the lead

While consumer adoption of fintech continues to rise, this really only tells part of the story.

Policymakers, incumbent financial institutions and fintech challengers alike are increasingly interested in the small to medium enterprise (SME) market as a source of future growth. So, for the first time this year, the Index also included a survey of 1,000 SMEs using fintech services in five key markets, Mainland China, the US, the UK, South Africa and Mexico.

Globally, one in four digitally active SMEs are fintech users. Again, Mainland China displays the highest adoption rate of all markets surveyed at 61 per cent, putting it well ahead of the second highest market, the US, which came in at 23 per cent SME adoption.

The exceptionally high adoption rate for Mainland China is indicative of the widespread use of financial platforms, open application programming interfaces (APIs) and the well-developed ecosystems in that market.

More than half of SMEs worldwide have used banking and payments services in the past six months, making it the most widely used fintech category; in Mainland China the rate is 92 per cent.

For Chinese SME adopters, the top reason for choosing to use a fintech is the range of features and functionality.

No longer just disrupters, fintech challengers have grown into sophisticated competitors, with an increasingly global reach. Fintech firms are setting the benchmarks for the financial services industry.

Their offerings are attractive to under-served consumers and usage will only rise as fintech awareness grows, consumer concerns fall and technology advances to reduce switching costs. At the same time, many incumbent financial institutions, such as banks and insurers, are also starting to offer credible fintech propositions of their own, challenging the whole notion of a fintech and adding to the choices available in the market.

The pace of innovation is likely to continue to accelerate becoming the “new normal” within the financial services sector.

Greater interaction between challengers, incumbents and players from outside the financial industry will also continue, leading to the formation of new fintech ecosystems, and replacing traditional bilateral partnerships, as the sector continues to evolve, both locally and globally.

James Lloyd is the EY Asia-Pacific Fintech and Payments Leader.

The views expressed in this article are the views of the author, not Ernst & Young. The article provides general information, does not constitute advice and should not be relied on as such. Professional advice should be sought prior to any action being taken in reliance on any of the information. Liability limited by a scheme approved under Professional Standards Legislation.

Fintech is going global – and fast

More consumers are using fintech products than ever before with China a clear global leader.
Banking

Can fintech keep up the pace?

The fintech market might be booming but can these nimble companies keep up with big corporates?