Action must meet opportunity in Asia 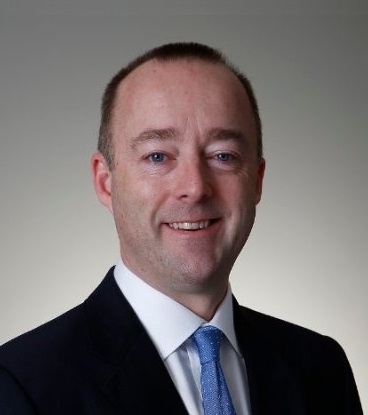 Asia is – still and for the foreseeable future - the powerhouse of global economic growth when compared with traditional markets in the United States, the United Kingdom and the EU.

Fortunately for Australian the demand for high quality “Brand Australia” products and services is strong across Asia and many sectors have enjoyed growing success.

"Data suggests that hundreds of billions of dollars can flow into the Australian economy, if businesses act on their intentions to expand into Asia.”

For the past five years, ANZ’s Opportunity Asia Report, a survey of 1,000 Australian business decision makers across a variety of industries, has produced insights into developments and growth areas throughout region.

The findings confirm some perceptions - China continues to be the main market for companies looking to export their products and services – but remind us other, more developed, North Asian markets including Japan and Korea remain important.

Critically, the Association of Southeast Asian Nations (ASEAN) nations are also growing trading partners for Australia. This is in part due to the ASEAN Free Trade Agreement (AANZFTA), which has been a crucial tool in enabling Australian businesses to expand and see success throughout Asia.

Several key trends have emerged from the survey since 2014, signposting the opportunities for growth in Asia. Important insights have become clearer that can help make offshore expansion smoother and more sustainable.

But our key insight remains the appetite for quality Australian products and services in Asia continues to stimulate Australian businesses to grow offshore. The Opportunity Asia report identifies key industries which can build scale to meet demand from a growing middle class population all across Asia.

The outlook for Australian businesses in Asia remains strong with 64 per cent of businesses surveyed that are already active in Asia expecting to expand their operations over the next three years. On average, for companies engaged in Asian markets, around one third of their overall revenue is generated from Asia. This level has grown steadily from 25 per cent in 2016.

Ecommerce is playing an increasingly important role in the growth of export businesses into Asia. Selling both products and services online provides an opportunity to reach more consumers in more places, all across Asia. Over half of exporters surveyed are currently using ecommerce to reach markets in Asia; with 44 per cent indicating their own website is the main online sales channel used.

With continued interest in ecommerce, there is an important opportunity for Australian businesses to engage with the diverse range of mobile ecommerce platforms that are becoming a part of daily life for so many consumers in Asia.

An increasing number of businesses are exporting services each year (34 per cent) and 57 per cent of the Australian businesses surveyed that are active in Asian markets are importing products and services.

Not easy, but rewarding

Despite the profile of China, ASEAN stands out as the key region in Asia for Australian business engagment, with 70 per cent indicating they are doing business there, just tipping Greater China at 69 per cent. The AANZFTA, which was established in 2010, has helped to drive market access for businesses.

Doing business in Asia is not easy but the rewards are there for businesses who remain dedicated to the market – around half of the businesses surveyed were able to realise a positive return on investment from Asian operations within three years. Additionally, 51 per cent of businesses surveyed were able to generate a higher profit margin from their Asian operations compared with their Australian-based activities. Ongoing engagement and regular visits to the market are essential for Australian business owners to develop relationships and establish key contacts.

ANZ has more than 40 years of history in Asia, and we continue to engage in the market to build on this relationship to help Australian businesses of all shapes and sizes to thrive.

Every year, ANZ surveys more than 1,000 Australian businesses, from small and medium-sized enterprises (SMEs) to large corporates, to get their view on doing business in Asia.

Over the past five years, the Opportunity Asia report has provided businesses with insights into how they can successfully scale their operations and explore different trading possibilities in Asia.

Isaac Rankin is Managing Director of Commercial Banking at ANZ

Popping dairy on the shelf

Australia’s high-quality sheep and wool production is being bolstered by strong demand from Chinese markets.