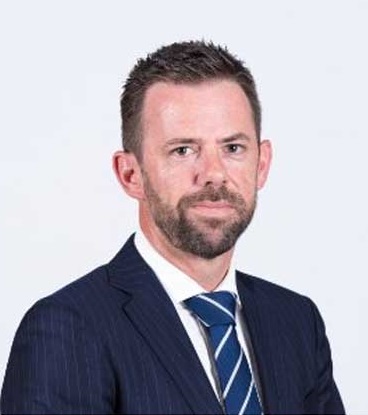 An increased focus on environmental issues will have a noticeable impact on commodity markets in 2020 in the view of ANZ Research.

Take shipping: tighter emissions rules are likely to weigh on the crude oil market. New International Maritime Organisation (IMO) 2020 regulations came into force on 1 January with a ban on the use of high sulphur fuel oil (HSFO) in the shipping industry – which will displace nearly 2.7 millions of barrels per day (mb/d) in 2020.

"China’s renewed clear-air campaign will see the steel industry under the microscope.”

Shippers without scrubbers (that can process the HSFO) will have to use very low sulphur fuel oil (VLSFO) or dilute HSFO with marine gas oil (MGO). Refineries will have to substantially increase crude throughputs to produce enough distillate for the shipping industry.

The other option is using liquefied natural gas (LNG) - ANZ Research estimates LNG use in shipping could rise by over 70 per cent in 2020.

Elsewhere, there was a notable increase in wind and solar investment in China in 2019. This is not only important for fossil fuel demand (oil and coal) but also for boosting demand for value-added minerals.

For each megawatt of capacity, wind generators use five times more copper in their construction than coal-fired or hydro generators. ANZ Research calculates copper demand from this sector was up 20 per cent year-on-year in 2019 and this is a trend expected to accelerate in 2020, with growth in China’s copper consumption forecast to rise to 4 per cent, despite slowing economic growth.

Staying in China, a renewed clear-air campaign will see the steel industry under the microscope. This has played out in a shift towards higher grade iron ore, amid constraints on steel output.

This issue appears to be abating, with the premium of 65 per cent iron ore (fe) over the benchmark (62 per cent) index having completely evaporated – it was as high as 50 per cent in late 2018.

However, ANZ Research believes this is a short-term interruption in a longer-term structural shift. The re-emergence of tough environmental policies and larger blast furnaces should lead to stronger demand for high-grade ore.

Tougher environmental regulations are also boosting palladium demand. The ‘China 6’ emissions legislations will have two tranches: China 6a from July 2020; and China 6b (including RDE testing) from July 2023. As the average loading of palladium in autocatalysts increases, ANZ Research expects to see an ongoing surge in demand for palladium-rich autocatalysts.

On the coal front, a new railway line in China should see thermal coal import demand weaken in 2020. The north-south line was constructed to shift the transport of coal from trucks to rail, thus reducing coal dust emissions. This will likely boost domestic coal consumed by the world’s biggest complex of coal-fired power plants.

Outside the commodity specific issues, climate change issues are likely to have an increasing impact on investment in new capacity.

Energy companies are already re-directing capital away from the fossil-fuel industry into markets more aligned with the renewable energy sector. In Australia alone, ANZ Research estimates investment in this sector has reached a record high of $A8.3 billion, with a strong pipeline expected to increase this to $A10 billion in 2020.

Renewables projects now make up 16 per cent of ANZ Research’s major projects database, up from almost nothing three years ago.

ANZ Research also expects growth investment in oil, gas and coal markets to remain subdued. However, the impact will broaden to the wider resources industry.

Capital for use in energy and mining capacity expansion will be ever harder to come by. The issuance of debt to fossil fuel companies is running at its lowest share of the non-Chinese corporate bond market since 2005, according to Bloomberg data.

BHP has committed a $A400 million “climate fund” to encourage investment in new technologies.

There is no doubt capital is becoming increasingly difficult to source for the coal industry. Debt financing, in particular, has dried up, forcing companies to look at alternative sources. As such, they are now focusing on survival rather than expansion.

As a result, production and exports have fallen in recent years. Exports from the top four suppliers in the seaborne thermal coal market (Australia, Canada, US and Russia) reached a peak of 420 million tonnes (mt) in 2017 and are forecast to fall below 400mt in 2020.

As the climate changes, the shift to renewable energy sources becomes more critical – but no simpler. Japan has a role.
Sustainability

In a climate of climate action demands, renewable energy continues to make a mark on investment and prices.