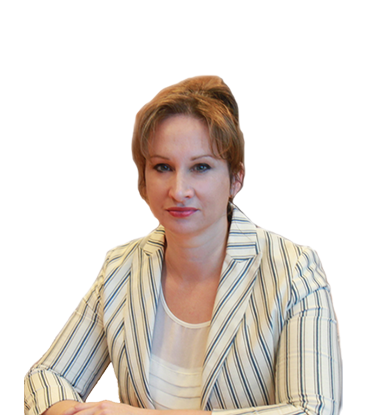 You really know you’ve made it when your old school gets in touch to invite you back to address the students.

Recently, swelled with alumnae pride, I received such a call and just as I was imagining myself swanning across the stage in front of a whole school assembly to graciously receive my bouquet of long-stemmed assortments, my fragile ego was dealt a blow, like I was swotted with one of those roses.

"Suck it up Princess."
Felicity Costigan, Journalist and Not-For-Profit Consultant

So deflated was I that I was surprised the Grade four Team Leader at the other end of the phone couldn’t hear the strange hissing noise emanating from my ears.

That’s right readers, I said Grade Four. 4. Quattro. Quatre. Cuatro. My mission was to address the Grade Four Princesses on Leadership and how to navigate a career – the very best I could hope for would be a miniature escort to the front gate and a firm (probably limp and sticky) handshake afterwards!

Once I’d recovered from the shock that there would be no cup of tea and little cakes in the Principal’s office or school tour for me, I suddenly realised what the woman on the other end of the phone was saying to me.

“Sorry, did you just say leadership, career and grade fours in the one sentence?,” I asked with obvious shock. “Isn’t their average age about nine or ten?” Just wanting to be clear on the audience. Then the fatal mistake, I stupidly suggested that perhaps we were jumping the gun a bit with them and maybe I could talk on ideas around mutual respect or social justice – after all how can they ‘lead’ when they haven’t learnt to follow?

At this point the earth opened and judging by the brooding silence on the other end of the phone I surmised I had somehow insulted the intelligence of the contemporary Grade Four mind.

“Actually I think it’s never too early to talk to the girls about leadership, this particular group of Grade Fours are already part of the leadership team and will be competing for Captain of the Junior School,” said Team Leader. The resounding rebuke stung but stupidly I persisted. “What about discussing what it means to be a leader, a good leader or a bad leader?”

All efforts to explain leadership isn’t about being a bossy-pants and is earned (usually from the bottom up) and not taught, fell on deaf ears. So I suggested they get in contact with a certain Ms J Gillard of Glenelg who may have some openings in her calendar. “We’ve already had her,” came the sniffed reply. And my invite was promptly rescinded.

Reluctant to worship at the feet of empowered nine year-olds and terrified by the thought of addressing little Maggies all primed for ‘Leadership’, I reflected on the fact all my 50+ friends who are in positions of genuine leadership seem to spend a lot of time complaining about how difficult it is to work with the Gen Ys because they all expect instant leadership positions and appear to be resentful and dismissive of age and experience in the workplace.

The problem of how to deal with the ‘Millennials’ or the ‘no collar worker,’ is currently filling the plenary sessions of many an HR conference around the world as Baby Boomers and even Gen X Executives search for ways to hold their attention.

According to the latest figures on Australia’s Generational profile from Mccrindle Research, the 20-34 year-olds (Gen Y’s) currently make up 31 per cent of Australia’s workforce and 22 per cent of the total population. Approximately 1 in 3 hold a university degree. New York based Social Researcher Dan Schawbel of Millennial Branding says there are a lot of very good qualities about the Gen Y’s but Millennials require your immediate attention, they want fast promotions and they want casual Friday every day.

Could it be that by pumping kiddies up to be leaders from the age of nine could be contributing to creating an overly narcissistic generation with ridiculous expectations?

Perhaps if I hadn’t been un-invited, this is what I would have offered in the way of advice, just three pearls of wisdom given to me over the years. I may have managed to get through to one or two before being gripped by the elbow and frog-marched from the grounds by the Grade Four Head Girl.

Suck it up Princess.

This wonderful phrase was first uttered to me through gritted teeth by the matron of a school I attended in Adelaide when during my craft class the enormous needle I was using to stich my lambskin Ugg Boots (it was the 70’s) pierced my thumb through to the bone and I had to have a Tetanus injection. So perfectly devoid of compassion were those words I actually found them empowering.

Inevitably you will be confronted by a boss who is solely enamoured by his or her own ideas – most of which fall in to the patently ridiculous category. This is where the nod and smile technique comes in very handy. It was taught to me by a seasoned old jobbing journo who had survived 40 years in the business by employing this trick. I remember one such occasion when working for a major circulating daily newspaper, an editor decided it would be a great idea if I organised a fashion shoot with the models standing INSIDE the Big Cat enclosure at the Melbourne Zoo… I smiled, nodded then beat a hasty retreat from the office (as instructed) and waited for the prescribed 45 minutes, where upon I re-emerged with three other ideas that trumped the human fodder one.

I’ll never forget Big Ronny (as we called him) the darling old Dad of a school friend who dropped this pearl. He was a multi-millionaire who had made his money owning industrial sandpits and dry cleaners (go figure), so of course I hung on his every word. He said, “neva own up to nothin’, because the boss will neva give ya a brownie point – so if ya can always handball the problem off to someone else you’ve done yourself a favour luv.” Set in stone Ronny, set in stone.

My point is leadership is not a set of rules, it is a sharing of ideas, inspiration and indeed a handing down of the hard lessons of experience. My advice remains learn how to follow, then lead. I wonder if I’ll ever be asked back.

A bar-room brawl on gender diversity

Gender would be irrelevant when hiring if we lived in a perfect system where unconscious and conscious bias didn’t exist. But we don’t, Jonathan Harvey writes. So what can be done?
Leadership

Decisions are the lifeblood of an organisation

Managers who can’t make decisions – it seems counterintuitive. Someone can build a management career by not making decisions? But we’ve all worked for them, so we know they exist.