Buying into growth as NZ speeds up 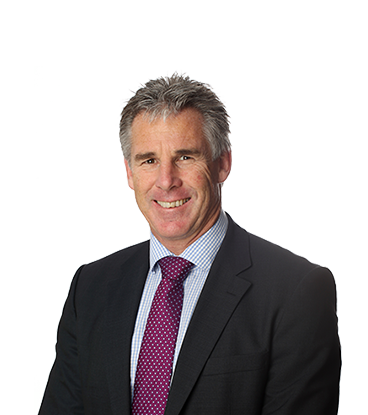 When Kiwi companies look at export markets – particularly in the growth regions of Asia – they quickly learn that a big business in New Zealand is a small business elsewhere.

New Zealand is a country of small businesses serving a domestic market of just 4.5 million people. More than 97 per cent of all Kiwi enterprises have fewer than 20 employees while only 1 per cent has more than 50 employees.

But with the combination of strong economic indicators, exporters hungry to upscale, and the pent-up exit intentions of retiring baby boomers, the scene is set in New Zealand for more mergers and acquisitions.

Of businesses surveyed in the latest ANZ Privately Owned Business Barometer – New Zealand’s most extensive annual business survey -  14 per cent of exporters with more than $NZ2M turnover told us a merger or acquisition will be a key contributor to business performance in the next 3-5 years.

Kiwi exporters realise scale – or lack of it – can work against them. It’s not uncommon to hear stories of exporters pitching for contracts only to find out they can only meet – at full capacity - a fraction of the volumes sought by the customer.

But preparing an export strategy isn’t just a question of volume.

As long as New Zealand remains small and isolated it is going to be expensive for firms to enter export markets on their own and more expensive still to establish a local presence in a foreign location and build market knowledge.

M&A is one way to bridge the gulf between a business’ current capabilities and where it needs to be to mount a successful export push.

New Zealand merger and acquisition levels were flat through the middle of 2013 but deal volumes are rising again, according to KPMG.

Generally speaking, successful acquisitions have four things in common: they match the long-term strategy of the buyer; are well researched and planned; achieve the key outcomes envisaged; and result in accelerated growth and increased shareholder value.

While the advantages might seem obvious, businesses tell us that one of the most challenging aspects of an acquisition is finding the right target. This is not simply a matter of supply – but finding a partner that dovetails as much as possible with the owner’s vision and the business strategy for growth.

A well thought-out acquisition should have all the attributes of a well-orchestrated campaign, with clearly identified targets, milestones and detailed plans on how they will be achieved.

Bruce Judge set up Signature Promotions Ltd 25 years ago. Since then he has grown it into the largest promotional products business in New Zealand with an annual turnover of around $NZ12 million.

With offices in Petone and Ningbo, China and a staff of 30, Signature offers in-house creation and design of promotional products from pens to USBs to jackets.

About 10 years ago, Judge could see that Signature's growth was topping out. He began a long search for a business to which he could add value and would create economies of scale with his existing business.

He saw that a Skellerup company, Batavian Rubber International Ltd – a well-known, profitable, 40-year-old entity - had some interesting capabilities but it was “pretty sleepy”.  Judge believed he could wake it up with improved practices and governance.  Batavian’s business is printed promotional balloons, industrial gloves, marine and industrial matting. It has a staff of 13 based in Featherston.

Stefan Herrick, BlueNotes: Why buy an existing business rather than start one from scratch?

Bruce Judge: “If you have a very good idea or unique product or service, starting a business from scratch would be the obvious thing to do. But it can mean many years of hard slog to establish a customer base, brand and company awareness, and gain profitability and economies of scale. A good existing business should have all of the above with the advantage that you are taking over someone else’s years of hard work and effort. You have something that is profitable from the word go and a solid base to build on. Of course, you do expect to pay a goodwill figure for this.”

SH: What were the main impediments?

BJ: “The business wasn’t for sale! If a business is making good money, people don’t tend to want to sell. I could see that Batavian was a good business but it had been bought by default with a couple of other businesses. As such, it hadn’t been given a lot of attention. Because the business wasn’t for sale, I didn’t have a lot of negotiating power. The owners put forward a figure of what they wanted and I approached Deloitte who came up with another figure. I think the sale price was fair for both parties.”

SH: What were the main things you looked for?

BJ: “It had to be a B-to-B company and have good bones. I was lucky to find one that was already profitable and I could take extra value out of it. I’ve grown turnover 30 – 35 per cent since owning it. I could also see opportunities for synergies and scale. We have an office in China from which we manage the quality control and export end of both Batavian and Signature.”

SH: What advice would you give anyone considering an acquisition?

BJ: “The big lesson is to do thorough due diligence. No matter what anyone tells you about a business, make sure it’s backed up by the paperwork. Don’t be afraid to get professional advice. Also, no matter how much of your time you think it will involve, it will always take a lot more.”

SH: Would you do it again?

BJ: “The Batavian acquisition gave me a lot of confidence. About 18 months ago I bought Gilmac which supplies consumable items such as shampoos, soaps, slippers and robes to hotels. I found the process easier the second time around because I was familiar with the process and aware of where the bumps were.”