The endless opportunities of Asia 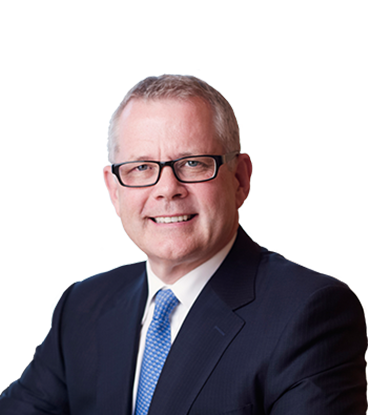 For some time now, there’s been a great deal of focus on the incredible pace of change that’s taking place across Asia. ANZ’s view is that the Asian financial system will grow to be than the US and Europe combined by 2030, with China dominating.

Today, though, I’m not going to talk about Asia’s ongoing march to become the world’s economic powerhouse. That’s a well-known fact. Instead, I want to talk about how Australian companies can expand their businesses by seizing the opportunities provided by the rapid modernisation of Asia and rising middle-class incomes.

"Even the smallest Australian enterprise can get involved in new business opportunities emerging from the transformation in Asia."
Phil Chronican, Chief Executive, ANZ Australia

The increasingly ‘western’ tastes and lifestyle choices of China’s growing middle-class is opening up new opportunities for Australian businesses. And it’s not just the big end of town dipping their toes in.

It is extraordinary to see the diverse range of Australian industries really thriving in China, from everything from food and wine to health, tourism and education services.

The fact is, while Australia’s early trade engagement with Asia focused on the resources companies and trading houses dealing in commodities, today, even the smallest Australian enterprise can get involved in new business opportunities emerging from the transformation in Asia.

Businesses in Australia should be interested in this, because the growth of Asia touches us all.

We’re seeing a number of interesting mega trends emerging, led by a wealthier middle class of consumers in Asia, that have the potential to continue the demand for our goods and services for some time to come.

Let’s look at China as an example. Private consumption there is generally is expected to grow at an enormous pace, boosted by a number of structural reforms in the education and health care sectors.

These changes will help reduce the precautionary savings of Chinese consumers and unleash their consumption potential.

We can expect these spending levels to be fuelled even further as more people move to the cities looking for improved living conditions. Urban households tend to drive China’s consumption growth as they represent 70 per cent of total household consumption.

By 2020, China’s private consumption will represent 44 per cent of its GDP and will be around 70 per cent of the size of the US consumer market. Today, it is just 40 per cent.

So what will they be spending this additional wealth on? We’re already seeing clear indications that household consumption patterns are changing rapidly, with a significant shift to consumer durables.

As income rises, the proportion spent on food has declined, while non-discretionary, consumer durables are on the rise. Besides electrical appliances and electronic products, car ownership per household has jumped 36-fold from 2001 to 2012.

It’s clear we’re moving to an era when ongoing investment from China is all about the individual, rather than big business, fuelled by residential, tourism and aspirational experiences such as gourmet food, coffee, wine, art and travel.

Demand is also growing for traditional western pursuits such as coffee drinking, opening access to related markets that wouldn’t have been viable a few years ago.

By now, you should have a strong sense of just how every part of the Australian economy has the potential to connect with Asia. As the region continues to modernise, the composition of trade flows will change, providing plenty of opportunity for Australian businesses to tap into new markets.

Agriculture will benefit greatly from the urbanisation of China and consumers in Asia, who seek access to more high-quality, protein-rich foods.  In particular, beef consumption is likely to rise in most economies from a very low base, as it has done in all developed economies, apart from Japan.

Increased calorie consumption and factors such as population growth and a scarcity of land and water are creating a huge demand for agricultural products, particularly from Japan, China, Indonesia and Malaysia.

Many of these markets are seeking innovative products, with the strongest example being infant formulas, as developing economies seek to provide the best products for their children.

These dynamics uniquely position the “health food shop” countries such as Australia and New Zealand, because of our high quality dairy and meat products. In fact, with targeted action, ANZ believes both countries could double the real value of annual agricultural exports by 2050.  For Australia, this means an additional $710 billion of revenue over the next four decades

Australia iswell-known around the world for our abundant natural resources, professional expertise and innovation, as well as cutting-edge extraction processes and technology and this is helping Australian contractors and suppliers turn to Asia for expansion opportunities.

As China continues to urbanise and industrialise, production is forecast to grow even further to meet energy, manufacturing and construction demands.

The opportunities in Asia are not just limited to delivering food and resources – there are ancillary services and capabilities Australia can offer that aren’t always obvious.  These include:

As well as this, businesses in Australia are benefiting from lower-cost production techniques employed in Asian markets.

While the mining sector in Australia has traditionally been an attractive destination for Chinese investment – along with real estate – in the future, we can expect China to favour investment in manufacturing, finance and services, in line with the ongoing modernisation of their economy and financial sector.

Seeking opportunities for growth in Asia requires substantial research, planning and commitment. To maximise the opportunities of the Asian Century, Australia will need a business community and entrepreneurs confident in their abilities to succeed in Asian markets.

Everyone in the community should seek to understand the changes that are underway.  If you think that your business, or your life, is not affected by what’s going on in Asia, then you are in denial.

This is an edited version of one of Phil Chronican's recent presentations.