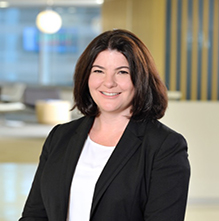 The global banking sector is facing unprecedented, inexorable pressure on margins as a result of sustained regulatory and competitive pressures – strongly amplified by global expansionary monetary policy from central banks.

The end result may well be a banking sector made up of smaller, stronger, more focused and less systemically connected entities.

In the face of margin compression, there is an immutable law across all industry segments – consolidation.

But for the banking sector, the legacy of the financial crisis and a fear of “too big to fail" has rendered this key adjustment mechanism significantly impaired, if not defunct. Not only is large scale consolidation unlikely, some level of breakup or paring back of the Global Systemically Important Banks (G-SIBs) seems feasible.

For example, Antony Jenkins, CEO Barclays, said “the universal banking model is dead" in the face of more stringent regulatory and capital requirements coupled with the significant cost of a technology agenda in a digitised world.

Across the broader landscape, questions over whether some of the larger banks have become “too big to control" have been raised, as deficiencies come to light related to sanctions breaches, money laundering breaches, accounting irregularities, LIBOR and other pricing scandals.

Margin compression in the banking sector is multifaceted and represents a structural shift and a cyclical aberration.

Bearing these moving parts in mind, banks could act as they would in the downward part of a 'normal' cycle (with standard cost cutting initiatives, such as reducing headcount and cutting travel budgets) or they could acknowledge the industry and their businesses are going through a significant structural adjustment - which requires a much more active repositioning to arrest margin compression and improve profitability.

More drastic strategic repositioning could include:

Notwithstanding the challenging environment, there is enough stability (currently) for banks to make considered decisions and reposition themselves in a significantly changed and challenging landscape. There are however, some clouds on the horizon that will complicate the landscape for ditherers and potentially result in a more volatile shift to a new paradigm.

These events/ themes could include:

The great challenge for banks is to clearly determine what their long term value proposition is, taking into account the industry is facing significant structural changes. Banks need to communicate to their shareholders who in turn need to accept that there are some short term costs to building a long term sustainable sector.

Banks choosing to 'wait it out' are likely to be confronted by more nimble competitors who more promptly repositioned themselves to adjust to the changing industry dynamics. Smaller, stronger, more focused and less 'systemically connected' banks will be the ones to watch, while the Universal Behemoths of Banking are likely to be the sector laggards of future profitability, if they do not actively look at ways to reposition and adjust.

Too big to fail or too big to manage?

“Too big to fail” is the moral hazard conundrum at the centre of the debate about the future of financial services, anchoring issues such as how the sector should be structured, regulated, financed. More than two dozen global banking behemoths have been officially designated too-big-to-fail or in regulator-speak “globally systemically important banks”.