Three simple ways to lead in a foreign environment 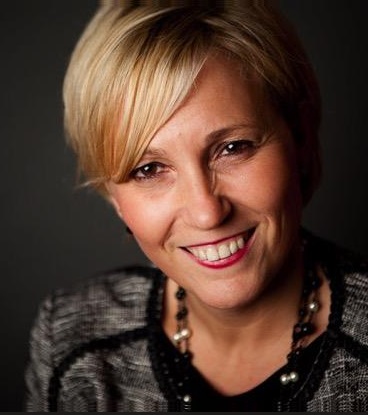 Someone once told me Russians are like coconuts. It didn't make sense until I arrived in Russia.

I've worked in many cities across the US, East and West Europe, Africa and the Asia Pacific region. I have learned understanding local cultures can be a great experience and is important for success.

"It was through listening and showing respect I was able to build good relationships and connect with people in a very different way than I was used to."
Anouk De Blieck, General Manager Human Resources, ANZ

It can often be challenging. My experience in Russia nine years ago was undoubtedly the toughest 'coconut' to crack.

On first arrival in Moscow, I didn't feel particularly welcome. People on the streets and at work looked so stern and devoid of emotion, colleagues were hesitant to open up.

Determined to crack the proverbial coconut – to get a deeper understanding of what made Russian people tick – I made it my aim to bridge our differences.

A century under communist rule was obvious in all facets of Russian life - be it economic, social, cultural or how they view the rest of the world and people from the outside. This created a mindset focussed on 'collectivism' – the needs of and developing the abilities of others.

I found people were very reliant on each other, social connections were important and trust was a key component in all of this. This was true not just in Russia but a number of countries in the region I did business in.

Communist rule also influenced people's openness to change. The first few months in the office were difficult. My role was to develop the people strategy for the business - after the previous HR Head, someone who staff had adored, had left. Everything I did was compared with how things were done in the past. I not only felt like an outsider, I was viewed as one too.

I also discovered time was not of the essence and if I set deadlines they were not taken seriously. I tried to set out a roadmap and actively engage people on the journey we wanted the company to take.

Although they endorsed it, it was clear in their behaviours they were not on board. The social side was a lot more important and business could only be done after you built trust with people.

Why was it so hard for me to connect with people? And how could I do my job effectively if people weren't approachable and responsive?

Whatever the culture, I believe you cannot go wrong if you follow these simple steps:

Faced with these challenges, I made a real effort to understand the history and culture of Russia by taking the time to have deeper conversations with people about their country and local history, their family life, as well as sharing personal interests and experiences.

I actively participated in cultural celebrations and made the effort to speak the language and showed that I genuinely cared. More than ever it was not about leading with the head but with the heart to build trust.

It was through listening and showing my respect with people and their traditions that I was able to build good relationships and connect with people in a very different way than I was used to in the Western world.

For me, it was fascinating to learn about Russia's strong tradition in the arts (literature, philosophy, classical music, ballet, architecture, painting, cinema and animation) and how political and socio-economic changes after Perestroika (a political movement for reformation within the Soviet Union) three decades ago influenced the country's population and their approach across generations.

During this period art and culture were promoted and it was a way to socially connect. Literature, poetry, songs were part of Russia's daily life. Materialism was not part of their world. They did not think about the future and were quite fatalistic about what would come their way.

Times however have changed. In the new world Russians now have access to luxury, they can make long term goals, and they have choices.

Today's environment is very different, yet it is interesting how a number of old behaviours were still engrained in people's thinking while they are slowly adapting themselves to a changing environment with different rules.

Leading people across various cultures requires a different form of investment. By understanding the local culture and history of Russia I was able to work out why people behaved in a certain way, whom they trusted, how they viewed the world and what they valued most. It was through this I was able to connect and create a common sense of belonging.

They do say Russians are like coconuts – and yes it takes a while to get through. But once you do, you get access to it all. The relationships and friendships I built in Russia I believe will be forever.

Happy cows make great pictures. They're also more productive. But there's a fascinating extra dimension to animal welfare: farm staff are happier. And that's a virtuous circle as it leads to higher engagement by the employees, who in turn look after their animals better – from both a welfare and productivity perspective.
Sustainability

To kiss or not to kiss

Who would blame a businesswoman or female dignitary for counting to 10 before entering a crowded room? Or even 100. Any woman walking into a gathering of peers and associates, or worse, a roomful of strangers, knows what to expect. For on the other side of that door will be a gaggle of men programmed to pucker up the instant a member of the opposite sex enters their midst.
Business Finance

On a return flight from Singapore recently, where I had been interviewing candidates for ANZ’s Generalist Bankers Program (a Management Trainee project designed to build an internal pipeline of future Country CEOs), I reflected on the fact 70 per cent of the 700 applicants for the 2015 intake and eight out of the 10 candidates who we had decided to progress to the final stage of the selection process, speak an Asian language in addition to English.