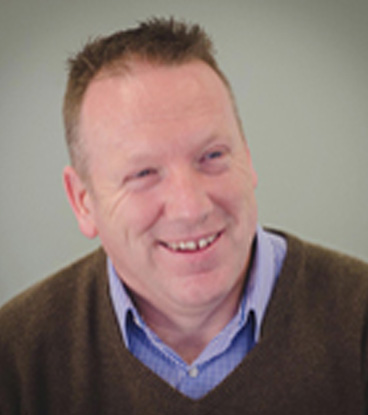 Australian microbusinesses are more optimistic than at any time over the past 12 months, according to new research from DBM Consultants’ Business Financial Services Monitor (BFSM). Expect to see the sector surge forward over the rest of 2017.

"The prevailing mood for these micro businesses is one of freedom to go out and prosper.”  - Tim Honcoop

The DBM research, which surveys more than 20,000 businesses annually, shows microbusinesses seem to be shifting their focus away from worrying external factors.

In comparison, small, medium and large businesses are still relatively concerned with competition from other businesses.

The prevailing mood for these micro businesses is one of freedom to go out and prosper, with fewer and fewer worried about what other entities are doing. This is a mindset that hasn’t been prevalent for a while.

Over the past year there has been an increase in positivity in the microbusiness segment, spiking in the first quarter of 2017, with no signs of slowing.

Generally, micro businesses are now more positive about business revenue expectations, with 11 per cent expecting their revenue to increase substantially over the next 12 months. In October this stood at just 8 per cent of businesses in this segment.

This increase for micro businesses shows a significant shift given we have not seen this figure rise past 9 per cent since September 2011. This could be a strong indicator for the future of Australian businesses with an annual turnover of less than $A1 million.

The current economic environment is also no longer as pressing to micro businesses as it has been in the recent past, with only 30 per cent of businesses listing it as one of the issues facing their business compared with 34 per cent a year ago.

Small businesses are even less concerned with the state of the economy, with just 25 per cent now seeing it as an issue compared with 33 per cent a year ago.

Looking to grow, but lacking talent

More micro businesses are looking at growing, with 17 per cent expecting to employ more staff in the next 12 months. This number has been steadily increasing since October 2016, and reached a peak earlier this year that we have not seen in many years.

In terms of issues affecting them, more micro businesses are concerned with finding suitable staff and are worried about their capacity to finance further growth in the business than at any time over the past 18 months.

A sizeable one in six (17 per cent) now deem finding appropriate staff for their business one of their main issues, while 8 per cent now worry about how they will fund growth in their business, an increase from just 6 per cent at the end of 2016.

These concerns from micro businesses may be linked to the decline of Australians undertaking apprenticeships, which have dropped by 20 per cent in the past year.

Generally, finding the right staff has been an increasing concern for all levels of business right up to large enterprises, those that turn over more than $A50 million per year.

In addition, the recent decision by the government to cut the 457 visa category may also become a cause for concern for business. Over 650 occupations are listed for foreign workers to work in Australia on the visa but the recent changes will see a reduction in potential candidates.

Although the government has introduced two new visas to replace the 457, the new visas call for much higher hoops for applicants to jump through, including two years of relevant work experience and higher standards of English proficiency.

It will be interesting to see how this is reflected in ongoing results, as many of the 457s are used by small and medium enterprises.

Smaller organisations are faster and more successful at identifying the core purpose of their business compared with larger counterparts, according to one of Australia’s leading executive coaches.
Business Finance

The many markets of Asia offer incredible potential for growth but often Australian companies, especially small-to-medium businesses, don't know where to start. Industry, government and the finance sector can all play a role in helping shape this growth, provided we get the settings right and enable SMEs to feel confident they can expand.
Business Finance

Small businesses are not just the lifeblood of growth in Australia and most economies, delivering true innovation and higher employment, their experiences can offer lessons for businesses of all sizes.