A new way to cultivate capital for farming’s future 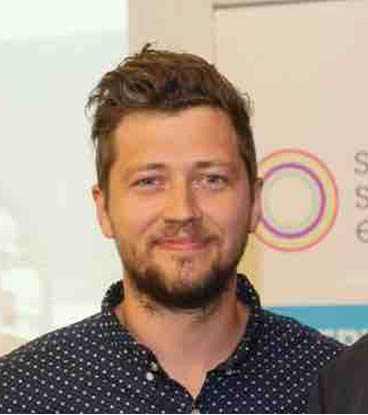 There’s an old saying in farming – “buy land, they’re not making any more of it”.

Indeed, the market for prime agricultural land is so competitive access has become a major bottleneck in developed economies.

The situation means very few young people can afford to buy a farm and keep it operational on their own. They need support, not only to raise the capital but also to operate a multi-million dollar business.

All Australians rely upon agriculture and food producers to provide the food for our tables. Additionally, agriculture provides the economic base for many Australian communities.

" To ensure we have farmers new ideas are required in the agriculture sector."
Sam Marwood, co-founder at Cultivate Farms.

The industry in Australia has encountered a multitude of challenges over recent years. This has included not only adverse weather conditions – highlighted by a decade-long drought and successive years of high and unseasonal rainfall – but also increasingly scarce inputs into production (especially water), rising agricultural input prices (especially fuel and fertiliser), a high Australian dollar, an ageing of the agricultural labour force and labour shortage, volatile commodity prices and increasingly competitive global food markets.

To ensure the sector continues to reinvigorate itself, innovation and new ideas are required. We established Cultivate Farms in the hope of addressing some of these major hurdles to farming.

For most family farms the sources of capital for business establishment and development are limited to the funds available to the family, the farm’s returns and borrowings.

Australian farming businesses are largely funded by debt with finance having been relatively cheap and accessible for established businesses over the past 15 years, according to the Australian Farm Institute.

These days, more agricultural businesses are actively seeking alternatives to bank debt in order to grow their business through corporate-style models of business ownership and management.

Without this type of advice the ability to obtain alternative capital is extremely difficult and therefore out of reach for most family farming operations and is definitely the biggest limitation for those wanting to start out in farming.

We know how hard it is for a young family to find the capital required to own and operate their own farm - so we started Cultivate Farms. We want to rejuvenate regional Australia by putting farming back up the top of the career list for anyone.

Cultivate seeks to obtain capital from sources which makes the best financial sense. This could include debt but only when there is strategic benefit in doing so.

Our idea is gaining support around Australia – in fact, we’ve just been named the national winner of the Regional Australia Institute’s Lightbulb Moments competition.

A business like this has the potential to positively impact the industry at a national level. Not only will it help to encourage more young people into the farming sector, it’s another great reason for those considering it to move to a regional community.

Can’t we see solutions are needed?

Regional communities all over Australia are concerned a decline in the number of farms, due to the average area of farms increasing, will have wider negative consequences for communities with a reduction in employment opportunities, cashflow through local businesses and the long-term viability of community services such as schools.

The general movement of Australia’s population towards cities threatens regional town viability. Migration of young people away from rural areas causes ‘brain drain’, a loss of skills and a reduction in knowledge transfer and succession. Fewer young people are entering agriculture and the loss of young people to country areas reduces the number of children taking over the family farm.

Over the last 40 years the number of commercial farms in Australia has nearly halved from approximately 200,000 in the 1950s. Simultaneously the average area of these farms has increased by almost 50 per cent, from 2,800 hectares to 4,100 hectares.

A skills shortage in agriculture, and in regional areas more broadly, threatens the sustainability of rural farms.

There is a disconnect in the market: usually younger would-be farmers unable to afford farm ownership; older, asset rich (relatively) existing farmers looking for succession plans; the need for reinvigoration of the sector. This is the disconnect we looked at. The Cultivate Farms approach to enable young families to own a farm in turn hopes to attract more young people to regional communities.

The farming workforce is ageing with fewer young people willing to take over family farms. At the same time, the need for skills in business management, people management and innovation adoption is increasing.

The transfer of land from one generation to the next is a difficult task which has not been well executed for some time. We think what we are doing at Cultivate Farms can provide a new solution to this problem, making it easier to get families into and out of farming and ensure our communities thrive.

Sam Marwood is a co-founder at Cultivate Farms

Australian produce is embedded in the premium end of China’s retail market – but there are opportunities all along the supply chain.
Business Finance

The accumulative benefits of agtech

Modern technology saves time and energy on the farm – and leads to better outcomes.
Business Finance

Aus agri must increase productivity and efficiency - and technology can play a major role.