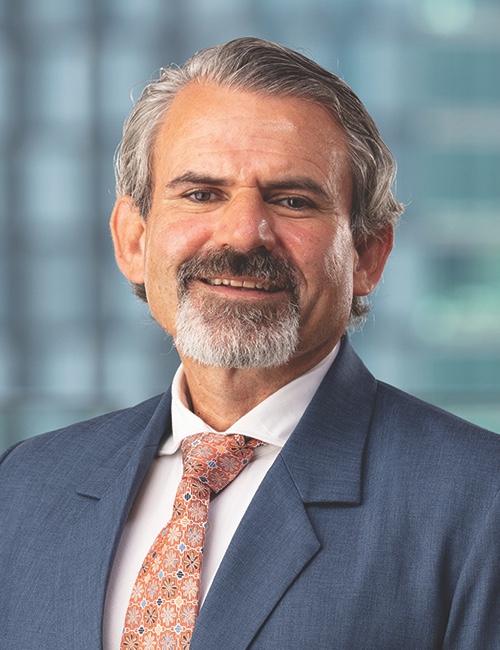 Many organisations around the world – including ANZ - have just marked one year of working from home to comply with restrictions around the COVID-19 pandemic. But for many, workplaces will never return to the “normal” rhythm of before.

ANZ Group Executive – Technology Gerard Florian recently caught up with Dom Price, Work Futurist at Atlassian, as part of ANZ’s Leadership Conference to discuss how the collaboration software giant is thinking about workplaces, flexibility and measuring productivity vs effectiveness.

You can read the highlights of their conversation below.

Gerard Florian: I often say we are participating in a global experiment at the moment. As much as humans love certainty, it's not necessarily in abundance in our current climate. In the lead up to COVID-19, Atlassian had been looking at some pretty interesting, impressive premises in Sydney. How have your thoughts evolved in regards to how to use that space?

Dom Price: For the last three or four years, Atlassian has been experimenting with our facilities and our physical work environment alongside our ways of working. We started asking “how do we think about facilities and space more like software?" So how do we experiment? How do we iterate? How do we do retros? So we were already evolving and building a lot more space for collaboration, learning and development. Although our total office footprint stayed the same, we had less traditional desks and more spaces where teams could do different types of work.

We realised that on a typical day, people didn’t need to be sat staring at their screen, churning stuff out. That work could be done anywhere. Essentially, the pandemic poured accelerant on that idea. We went from 5,000 people working predominantly in offices to everyone being at home.

"Make sure teams know why they are doing what they’re doing. Otherwise, when people go to do their asynchronous work, they’re going to be busy for hours but are likely going to do the wrong thing.” – Dom Price

So what we're experimenting with now is what does a workplace look like in - and I do hate this phrase - the new normal or the next normal, whatever it may be? Because one of the things we know to be true is there is still low certainty. So let's find ways of exploring and experiment with space and listening to our people, listening to our teams when they tell us what they do and don't need.

We have found a large amount of work can be done asynchronously - could be tasks, a project, whatever it is that you do as an individual. And that asynchronous work can pretty much happen anytime, anywhere. This doesn't mean you don't ever do that in the office. It means you're not tied to the office to do it.

Then there’s synchronous work - traditionally called collaboration or teamwork. In some contexts, that can still be done in a virtual or distributed setting but the high-fidelity, often unstructured collaboration – often on new projects or problems - is where we want to bring people together.

Science and research shows team cohesion, a sense of belonging and psychological safety is heightened when you're in-person. But you don't need that for every single transaction of every day.

The reality, though, is there have been some weird side effects of the pandemic. Teams have become more transactional, choosing to focus on safe, known tasks. So we try to make sure teams know why they are doing what they’re doing. Otherwise, when people go to do their asynchronous work, they’re going to be busy for hours but are likely going to do the wrong thing. And so that team cohesion and shared understanding has become more crucial in a distributed world.

GF: You mentioned productivity and I guess it's always high focus for all organisations as we look to get those high performance teams and improve our productivity. How is productivity both measured and also spoken about at Atlassian?

DP: I think there is a dangerous over-focus on productivity at the moment and we're really missing the point.

There are so many organisations going through some type of change or transformation who want to stay relevant, want to reinvent themselves, want to be customer-centric, want more innovation to empower and trust their people. But they tell their people to be curious, creative and innovative then measure them based on how many tasks they completed that day. It feels like a jarring conversation.

I think productivity has a place. It definitely does. But as a sole focus, it misses out on what we're trying to achieve. At Atlassian, we're trying to focus on how effective our teams are. Have they got a high learning philosophy? Are they gaining confidence over time? We've changed our currency to confidence. How can we gain confidence that we're doing the right thing, in the right way, with the right people? And how do we stay effective as a team?

Apparently, productivity has gone up 13 per cent in Australia recently. But our average working hours have also gone up 13 per cent. So we're not actually measuring productivity, but hours worked. Now, I don't think that's anyone's intent but I think we've blurred the lines between the working day at home. Swapping your commute time for work time isn’t wise or sustainable in the long-term. So how do we find ways to be more effective?

GF: On that topic, how are you thinking about boundaries around working hours so people can manage their work-life balance?

DP: It's a really tough one because if you give people too much autonomy, you risk blurring the lines and people working longer hours because they want the recognition. Essentially what we're trying to do is educate people on how to design their week as a team. That way it becomes a conversation being held in a psychologically safe environment. It has to be team-led though because if you do it top-down through boundaries, you end up taking away flexibility.

Essentially, you want people to build their own adventure and retain the balance of a happy life with mental and physical health as well.

GF: On collaboration, as you mentioned earlier, the organisation is spread in multiple geographies, so you've also got the idea of teams that need to come together in a physical location but work with teams in another location. How does that work?

DP: There's a few things. One is the way we meet - and we've been practicing this for a while, but we've doubled down on it - if one person dials in, then we all dial in. Essentially that says you just level the playing field. Even before the pandemic hit, the leadership team that I'm a part of - six of us are in Sydney and four are in the US - we all dialed in from different offices or different spaces so we all had the exact same experience.

And the reason we did that is before the six who were in Sydney would start chatting and the people on the call, they were a poor second cousin, like they'd get a word in every now and then, but, oh, there you are James, sorry see you later, bye!

They weren't engaged in the same way because they didn't have the same experience.

There have also been some weird side effects of the pandemic - we've found our teams have become more transactional so they are going for safer, known tasks. It's this bizarre push that a lot of businesses have to double down on productivity without understanding what is some of that more unstructured or creative work we need to do.

Therefore, we've had an emphasis with our teams on making sure you know why you are doing what you're doing. Now, I would say we've always had that. We've had to elevate that because we're more distributed - out of sight, out of mind - it's easier to get busy with tasks.

Make sure you all have a shared understanding of why you're doing this. Otherwise, when you go to do your own deep work, you're going to be busy for four hours, but you're likely going to do the wrong thing. And so that kind of team cohesion and shared understanding, I think has become more crucial in a distributed world.

This article was adapted from a live discussion held at ANZ’s Leadership Conference and has been edited for brevity.

Companies around the world – including ANZ – had to rapidly adapt both physically and technologically to respond to COVID-19.
Culture

Evolving how we work

Six core beliefs will guide ANZ into the future of how its workplaces operate both in the office and remotely.